Friends opened their home to us and that is no small offer for a family of four and one fairly large, 75 pound dog. 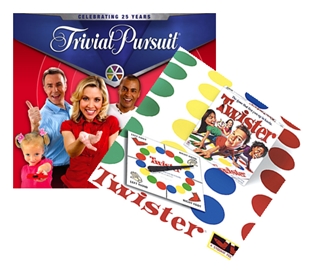 During the recent heat wave, with days and days of temperatures above 90 degrees on Amelia Island, our family witnessed first-hand the generosity of some very special friends. Our air-conditioner had a major issue, on a Friday of course, which meant we were without parts and our favorite repairman until the following week.

Friends offered their homes for places to stay, and that is no small offer for a family of four and one fairly large, 75 pound dog. Just let me say, adult sleepovers are exhausting, but so much fun. The gals laughed over margaritas and silly stories, while the men watched sports. We all pitched in on the cooking and kitchen clean-up and joked about playing Trivial Pursuit and Twister. We had such a good time staying up late and goofing off on Facebook that we never found time to drag out the boardgames.

After a couple of nights, we moved to the Beachside Motel not wanting to interrupt our friends workweek routine. The motel was wonderful when they learned our circumstances. Did you know they have two pet friendly rooms?

Playing tourist in our own hometown, my husband and I enjoyed stepping over to the Surf Restaurant for wings and a beer while one kid finished up homework and the other one enjoyed a nice, cool, nap.

I had to go out of town early in the week and was grateful for a destination with air-conditioning, while my family remained comfortable in the motel. It gave me time to reflect on the generosity of our friends who opened their home to our family. You see, they actually insisted we stay with them. It wasn’t just a polite offer. Their invitation was more like, “Pack your bags, pick up some beer and we will see you in one hour! No excuses.”

When I returned home, my husband had checked out of the hotel and the repairman worked into the evening finishing up his craft. We had air conditioning!

Though we were able to conveniently swing by the house and grab new clothes, it was just too warm inside to do anything else. Five minutes out of a cold shower and you were sweating again from indoor temperatures registering in the low 90s… and that was downstairs.

We were truly inspired by the not-taking-no-for-an-answer attitude of our friends.

An old boss of my husband’s once told him, “If you can count five friends on one hand that you really believe and trust will be there when you need them, over your entire lifetime, you are doing very well.” If that is true, this friendship is held dearly in the palm of our hand, and our hearts; and we truly thank them for that!