Stocks Still a Good Bet for the Long Run

Bonds benefited from the “lost decade” in stocks, which experienced two bear markets in the past 11 years. Time to give up on stocks? 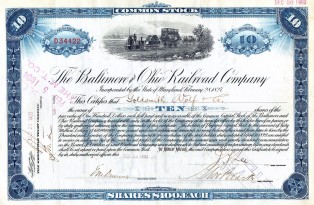 Investing is laced with personal preferences.

One of the core beliefs of modern investing may turn out to be not so true. Investors have long believed in “stocks for the long run” and many a financial advisor has reminded clients that stocks outperform bonds over a long period of time, as long as we “stay the course.” Perhaps it is time to re-evaluate that old truism.

New data shows that for the 30 years ending September 30, 2011, long-term government bonds outperformed stocks. During that period, bonds rose by 11.5 percent a year on average, beating the 10.8 percent increase in the S&P 500, according to Jim Bianco, president of Bianco Research in Chicago, as reported by Bloomberg. That’s the first time bonds beat stocks over a 30-year period since the Civil War!

Here’s some long-term historical data on how stocks and bonds have performed relative to each other:

Stocks versus Bonds over time.

Is this an argument for dumping stocks and just owning bonds? Not exactly.  Have you taken a good look at bond yields lately? The recent outperformance of bonds over stocks was partially a function of the starting point and the “lost decade” for stocks. Specifically, in 1981, long-term government bonds yielded in the 13 to 15 percent range while, last Friday, the yield was down to 3.1 percent, according to data from Yahoo! Finance. As the yield drops, the price of the bond rises, thus, giving investors a capital gain on top of the interest return.

With yields so low now, you won’t get the same capital gain boost from bonds that we experienced over the past 30 years. In fact, Professor Jeremy Siegel, author of Stocks for the Long Run, says, “It’s absolutely mathematically impossible for bonds to get any kind of returns like this going forward.”

Bonds also benefited from the “lost decade” in stocks as stocks experienced two bear markets in the past 11 years.

These historical data do two things for us:

Oh, we should add a third key takeaway from this data – be a continuous learner and a student of financial markets in particular.  Never be afraid to question the “truisms” we so often take for granted.