Stop Sweating the Bullets of Change

The end result was that both Dean and Huckabee agreed on the fact that the 2010 elections could be devastating for Obama and the Democrats if employment has not received a sizable boost by then. 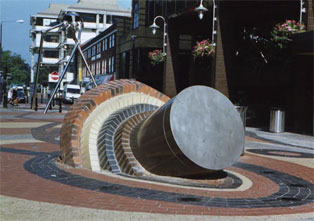 From War of the Worlds to Socio Economic Changes

Flipping channels after watching some feelgood Christmas movies Sunday night, I first hit on “War of the Worlds” the classic story that was put to music by Jeff Wayne with fabulous voices like Richard Burton and Justin Hayward (Moody Blues) telling the H.G. Wells story of the Martian Invasion of Planet Earth.

Fascinating musical arrangements to an old rocker like myself is one of the reasons I always include the PBS offering in my late night line up. After enjoying that momentous episode I happened to venture onto Fox News, not a channel I frequent a lot, but seeing two of my more appreciated politicians from both sides of the fence and both former governors, Howard Dean from up north and Mike Huckabee from the midlands, trying to find holes in each others rationale on topics like Healthcare and Employment, I had to postpone going to sleep just a bit longer.

In spite of both politicians and the moderator (familiar face but not important enough for me to put a name to) trying to sow disagreement and desperately seeking for topics to disagree on, the discussion never became heated, aggravated or passionate. Both Dean and Huckabee have shown lots of passion in the past. Questions about Obama’s track record in office so far, were side tracked by elaborations on the economy and employment; questions about the cost of the new healthcare bill were muffled and kneaded into employment opportunities for small businesses once the Bill passes, something the Dems are putting all their remaining power and reputation in.

The end result was that both Dean and Huckabee agreed on the fact that the 2010 elections could be devastating for Obama and the Democrats if employment has not received a sizable boost by then. Dean and the Democrats seem to think that the answer lies in getting the Health program kicked into Law as in their opinion this will free up financial space for small businesses to grow and expand.¬† Even though I see where they’re coming from, I don’t think that thought will hold water… and here’s why.

Whatever minimal effect on employment came from the creation of a $787 billion stimulus program, will be completely out of the picture by Spring 2010. Compounded by a sizable commercial real estate bust around the same time, this resulted in the failing retail sales and state governments finding their treasure chests to be completely empty. We’re looking at a prolonged recession with the worst yet to come, something we have been warning about for a while now.

Now I’m not trying to be gloom and doom. On the contrary I’d rather talk of blue skies and sunshine, but I also refuse to stick my head in the sand pretending not to see the realities. The major reality here is that the only business news from the internet – e-commerce front is positive. Paypal, the Internet’s Banking system had a 20% growth in transactions on Black Friday over last year. Amazon reports profits beyond expectation. Even the e-commerce websites of large brick and mortar chains report a substantial revenue growth.

We will survive this economic turmoil, there is no doubt in my mind, but it will take a lot of time. Time some of us don’t have. It would however be much less painful if we accepted the new ways of doing businesses, without fighting it every step of the way.¬† In economics we call this throwing good money at bad money.
Mike Huckabee is a smart cookie. In spite of his current overwhelming popularity, he¬†refuses to play up his chances for the 2012 elections. Much will depend on 2010 elections, he says.

Before the night was going to take me away, I flipped the channel one more time to HBO where the boss Bruce Springsteen formed a duet with John Fogerty (Creedence Clearwater Revival) in a surprising live performance of Roy Orbison’s, Pretty Woman. Again I realized that life can be good if you understand and accept that we’re in the middle of a historical socio-economical shift. A natural progression that old forces are trying to hold back.¬†

The Music industry made huge amounts of money with vinyl and CD’s in the 20th century, but didn’t adjust to the change, and that mostly bankrupted them in the past 15 years. Today’s artists have embraced the internet, iPod, Facebook, Twitter and are now making the majority of their income from touring and product concessions in support of their recording talent. They enjoy the freedom. Bands like Nickleback turn in $75 million a year and grandaddies of Rock and Roll like the Stones, Elton John and many others still command a whopping $100 million plus a year from touring alone. My favorite regional band Blistur records in a special room at the drummer’s home. An investment in an Apple computer with the right software is all that is needed to produce quality that used to cost $500- $5,000 per hour in a studio.

No, I’m not doom and gloom. I’m just trying to impress on people that it pays to embrace and educate yourself in the new way of doing business, rather then sweating bullets the old way.