If only 4 out of 10 registered voters come out and cast a ballot, politicians should find another job. 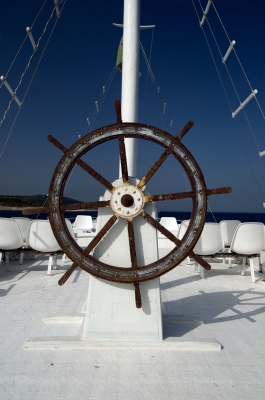 Who will take control of the center?

Yes I have spent a few hours yesterday analyzing the consequential shifts and options of the midterm elections. I didn’t do it like CNN with a number of commentators in the studio the size of US Congress it seemed, but I took a number from the Rockefeller Institute that reported that 20 per cent of households in the US suffered a drop in income of 25 per cent or more in 2009 and held it against Tuesday’s Voter turnout numbers…well that’s what I thought at least until I found out that these numbers are not as readily available as number which tell us who won and lost.

If nothing else it tells me that we’re facing a failed experiment called democracy.

It also tells me that America is divided in many ways, some divisions are just part of politics in a complex structure, but in the end, the most worrisome thing about American politics is not the disappointment that comes with a high-expectations president battling a current of adverse events such as inherited wars, BP Gulf crisis, a crashing economy, housing bust and financial system melt down, not all of his own doing.

I also don’t think that U.S. politics is really as fractious and divisive as many mean spirited commercials make us believe; I have too many friends on both side of the political fence to fear a Mexican Stand-off with pistols drawn. They’re all reasonable people with a different opinion on how to live life, but consensus on the intent of a constitution.

No, the real problem I think is that the U.S. is becoming dysfunctional to the point where as a nation it is incapable of pragmatically facing and addressing long-term issues. Leadership has never been about today or tomorrow, leadership requires a long term vision and the creation of means to get there.
Now matter who controls Congress, the Senate or even the White House, this country is going to have to strike a rational balance between short-term stimulus and longer-term global belt tightening (living within your means) without making either one into a partisan call to arms.

There is no doubt that many disgruntled and disappointed Democrats stayed home on Tuesday. There is also no doubt in my mind that if 58% of registered voters don’t bother to come out in a crucial election, somebody needs to take ownership of the center and match short term stimulus with long term consequences.

If the White House can’t balance the demand for economic mobilization, while defending and protecting emerging rights of environment and long range accountability, not only Obama’s re-election will be on the line in 2012; the political system as we know it, will be on the way out.