Suburban Community Outcrops are the Loneliest Places on the Planet

In less than 60 years corporations and institutions have manipulated freedom into a life of vicarious perception. 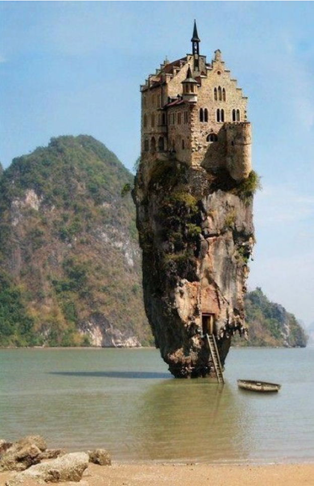 Why is it that I envie these people?

What you don’t know, you won’t miss my wife claims and in broad lines she’s probably right. If you don’t know freedom, you probably believe that what you have is freedom, bought by money that is earned by participating in a corporate institutional cocoon. You probably don’t see the daily onslaught of sales messages as a subliminal mind attack, that over time will mould you to be digested into the “body” of a larger host.

For 3 years now I have lived in a suburban HOA setting of hollow unison, where on weekdays you can count neighbor encounters on one to three fingers of one hand and weekends are rudely interrupted by whining, smoking, obnoxious tools that keep the yards manicured. The sprinkling systems more often than not overshoot their intended targets and water the asphalt on a daily basis, not from recycled water, but from pure potable water.
I know the neighbor’s face on one side and a couple of times have gotten into a brief conversation with a neighbor across the street. That’s the sum of neighborhood contact in 3 years. Of course we could have continued to invite them to parties and get togethers, but honestly after two time no shows and keen observation, you basically know that you’re not playing on the same field.

It does however remind me vaguely of 50-60 years ago when the first corporate institutional era came into existence. World War 2 had raged and people across the globe wanted peace and prosperity. A Happy Life was translated as having a corporate job, a nice modest home with picket fence in suburbia, a wife, a couple of kids and dog and/or cat, a green lawn and a shiny car. Life was an emerging institution. It ruled the 50s, was almost demolished in the 60s and 70s, idled in the 80and early 90s and since has made a comeback of giant proportions. Cheap money was the engine and the institution was the dictating enforcer: certified, polished, homogenized, hollow. Cheap money was created with exactly this outcome in mind and now in the second decade of the 21th century, we’re well on our way to having created a world with totally scripted rules (laws) to support the institutional ideology that the real world is make-belief from the cradle to the grave.

Most children these days are born in a medical institution and registered at a government institution. They get some token names, but the only important attribute they get is a number (SS), supposedly unique as it will follow them to the grave. The 9 digit social security number system technically allows for 1 Billion combinations, which means the system for counting people will be around for quite a while longer. The financial part of the equation probably not.

In any case, once babies and toddlers go through a couple of years of home-training, heavily guarded by institutions (government, medical, media and product preference corporations (Gerber, Pampers etc.) we will send them to daycaree, kindergarten, grade school,high school and college because:

– a college degree is the ultimate necessity to make it in this life.

Then when the student loan allows it, you take out a car loan and a house mortgage from banking institutions, because you are climbing the corporate ladder and status becomes a new Mammon.

You put something aside for your old age, because the system teaches that retirement at 65 is good and deserved and your retirement savings are supposedly safe in the hands of another institution.

Because the corporate cocoon depends on you not being too critical, you are “invited” to believe in democracy, a hugely layered institution of disputable value. So you vote and trust that those you vote for will keep their promises about Social Security and Medicare, two mammoth ponzi institutions.

And when you come back to your suburban neighborhood in the late afternoon or early evening, while playing the rebel with music on Pandora in your car, you exchange your corporate costume for clothing promoted by the best corporate logos (name brand institutions), you turn on your entertainment of choice supplied by Hollywood institutions and distributed by media giant institutions. And let’s not forget the ultimate Vampire institution named Facebook where you conduct your relationships from a lost and lonely existence – without even realizing it most of the time.

Residing in the institutional hollowness of corporate cocoon living is not persé evil; but to call it living is a sad attempt to justify living vicariously through false perception, rather than real experience.

When I say that I don’t envy kids today this is what I mean: McChildren are strongly prevented from interacting and experiencing the real world as they are rushed from one institution to another and at the end of the day numbered, evaluated and tested, while under constant surveillance.

Yes I concur, I’m a tad cynical, especially when I get to write this as the result of an HOA letter about the poor status of my lawn, knowing that this piece of dirt cost me $3,500 a year in water, fertilizer and mowing to look like a dry-spot on the moon. No matter how much potable water you poor on beach sand, it won’t turn into a golf course. But the cynicism really explodes when I realize that geezers I don’t know by name or address, take it upon themselves to turn a simple HOA into another institution that claims enforcement rights. Can’t wait to leave this sad abomination of pretend freedom for a real neighborhood where people interact, even if they get pissed at each other every now and then. Suburban neighborhoods are really the loneliest places on the planet.