Summertime in a Soft Serve Economy 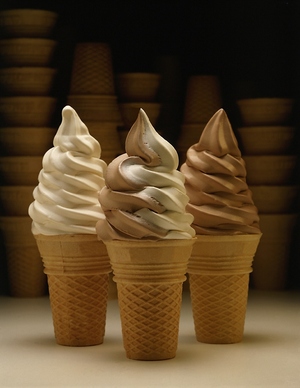 Even Ice Cream Sales are Soft

Just as the summer heat melts away a soft serve ice cream cone, the latest batch of soft economic data threatens to evaporate recent economic gains.  At least gas prices are trending down.

For the third time in as many years, the U.S. economy is slowing down even more, and retailers are not immune. Over the past two months, retail sales have moved backward by -0.2%. Since January, sales growth has slipped to near the low end of the 2 ½ year range.  Although consumers have not completely buttoned up their pocketbooks, they are definitely in a cautious mood. On a positive note, auto sales grew by 0.8%, dampening the downward skid somewhat.

A rise in jobless claims also points to a soft patch for the economy. Weekly unemployment claims rose 6,000 for the latest week to 386,000.  Jobless claims provide a timely pulse of the labor market, and they are a reflection of economic activity in general. Steadily falling claims will signal a pick-up in sales and business activity, making companies less likely to lay workers off. Of course, the opposite is also true.

Not surprisingly, sales of ice cream have also been trending downward. According to the International Dairy Foods Association (idfa.org), total production of ice cream and related frozen dairy desserts fell for the fourth straight year in 2010, with production of regular ice cream falling to its lowest level since 1996. Frozen yogurt production, which has been declining since 1995, reversed this trend recently and increased by over 8%.  Maybe the ice cream industry will see an uptick next month.  July is National Ice Cream Month.

Fed meeting takes on new importance.
• The Fed’s June 19-20 meeting brings with it expectations of new stimulus. Look for the latest FOMC forecast and a press conference from Chairman Ben Bernanke.
• Last week, Bernanke suggested the Fed is not concerned about an impending stall to the recovery. Latest data, however, indicates definite softness.
• A lack of new stimulus measures will likely be frowned upon by equity traders. Expect the stock market to pull back.
10-year Spanish bond yields threaten to break through 7%.
• The odds are increasing that Spain may need a bailout soon.
• Credit default swaps, a form of insurance against default, are at record highs.
• Bernanke did suggest that the Fed stands ready to act if “financial stresses escalate.” He was less clear regarding whether ripple effects from Spain’s economic weakness would be the tipping point for more U.S. economic stimulus from the Fed, however.