A Sunday school teacher told her class the story of the Good Samaritan. She asked them, "If you saw a person lying on the roadside injured, what would you do?" 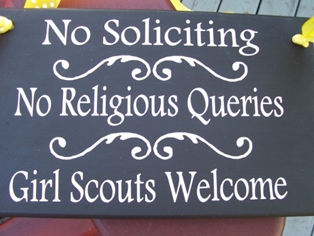 Here’s another fun read I received in my inbox earlier this month. The original author of these religious musings is unknown.

GOOD SAMARITAN
A Sunday school teacher was telling her class the story of the Good Samaritan. She asked the class, “If you saw a person lying on the roadside, all wounded and bleeding, what would you do?” A thoughtful little girl broke the hushed silence, “I think I’d throw up.”

DID NOAH FISH?
A Sunday school teacher asked, “Johnny, do you think Noah did a lot of fishing when he was on the Ark?”
“No,” replied Johnny. “How could he, with just two worms.”

THE LORD IS MY SHEPHERD
A Sunday School teacher decided to have her young class memorize one of the most quoted passages in the Bible – Psalm 23. She gave the youngsters a month to learn the chapter. Little Rick was excited about the task – but he just couldn’t remember the Psalm. After much practice, he could barely get past the first line. On the day that the kids were scheduled to recite Psalm 23 in front of the congregation. Ricky was so nervous, when it was his turn, he stepped up to the microphone and said proudly, “The Lord is my Shepherd, and that’s all I need to know.”

UNANSWERED PRAYER
The preacher’s 5 year-old daughter noticed that her father always paused and bowed his head for a moment before starting his sermon. One day, she asked him why. “Well, Honey,” he began, proud that his daughter was so observant of his messages. “I’m asking the Lord to help me preach a good sermon.”
“How come He doesn’t answer it?” she asked.

BEING THANKFUL
A Rabbi said to a precocious six-year-old boy, “So your mother says your prayers for you each night? That’s very commendable. What does she say?” The little boy replied, “Thank God he’s in bed!”

SAY A PRAYER
Little Johnny and his family were having Sunday dinner at his Grandmother’s house. Everyone was seated around the table as the food was being served. When Little Johnny received his plate, he started eating right away. “Johnny! Please wait until we say our prayer.” said his mother.
“I don’t need to,” the boy replied.
“Of course, you do” his mother insisted. “We always say a prayer before eating at our house.”
“That’s at our house.” Johnny explained. “But this is Grandma’s house and she knows how to cook.”