Survivor and the Euro Manipulation

While CBS changed Survivor from reality based to a game, the Euro is playing an endgame worthy of extreme behind closed doors manipulation 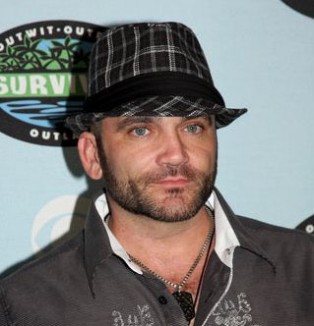 Russell gives a glimpse into our inevitable future

After catching parts of last night’s survivor finals, I look at the world a little different….again. Especially the ever changing dynamics of what is now called ” a game” of social, physical and mental manipulation.
Frankly I’m not a big fan of any of these Shows, and make no mistake, these are SHOWS, pretending to reflect reality when emotional midnight conversations are black and white video taped as if the audience was listening in on a private confession.

Now I do not want to rob the viewer of the entertainment value of these shows, nor do I suggest to the producers to change the format as master villain Russell Hantz suggests, but truth is that the concept is hugely flawed, intentionally.

But of course the fan of the show is not included in the Behind Closed Doors discussion and strategies. Actually the best pictorial of that manufactured chaos was portrayed in the last Immunity Challenge when three women and one guy (master villain Russell) were set loose blindfolded in a waist high wooden maze with the task to not only grab 4 medallions from four different locations (without duplicating any of these) but also find and grab blindfolded the last Immunity. The three contestants that truly had a valid claim on the final title were within inches of each other grabbing the final immunity, but the one who once again missed out completely and couldn’t even get to all the four medallions leading up to the immunity, would turn out the final winner and collector of the one million dollars. A case of the weakest one takes it all. Way to go Darwin!
Confused?

Well guess what, so was I, but not more than I when I look at economics and the current belly dance around the Euro, or the inexplicable contractions and expansions in the stock market, or why the Euro gets vilified by US financial analysts claiming that Greece and by extension Europe are responsible for every hick up Wall Street is experiencing.

This is called “ScapeGoating”, a term not entirely unknown to the world of propaganda deception.
The Eurozone just promised a $1 trillion guarantee to stop the potential bankruptcy of a number of its participants, with Greece being number 1 in the line up. This is not what was done here in the States where the Feds actually went and printed the $1.3 trillion dollars needed for bank and industry bail outs (we haven’t even touched the State deficits yet).

Relentlessly role modeling the final “spontaneous” outcome behind closed doors, literally guarantees big audiences living their lives vicariously through screen actors and political players, while it gives validity to the problem and justifies the ultimate solution.

The Eurozone leaders see their chance to manipulate the world markets to devalue their currency through market interaction and make European goods cheaper for exports in advance of the inevitable gigantic inflationary pressures that the dollar will face soon.
But the time periods in between are used to grab market share. To understand how it works, just imagine this reality scenario:
If you bought a Mercedes, BMW, Volkswagen our Audi a year ago you would have paid for it at an exchange rate of $1.57 to 1 Euro. Today this would be $1.23 to the Euro. Any of these German cars would be almost 28% cheaper if you would buy it today. Your European vacation would be 28% cheaper as well. And if you bought a year ago, your trade in value just dropped 28%!!

Many of these mid and longer term balancing scenarios are rehearsed behind closed doors as if they were chess games, calibrating the consequences  of 10 moves ahead; timing is worked out and the propaganda machine around it is fired up including the simplifications, vagueness of explanations, stereotyping, profiling, the use of virtue words, slogans and testimonials and finally it’s all packaged into a common man approach.

Some of the most effective propaganda techniques work by misdirecting or distracting the public’s finite attention away from important issues.
The winner of the 20th Season of Survivor appropriately called Heroes versus Villains, would never be able to survive in a real world setting were surviving requires complete focus on the moment, because death can come from every angle your senses don’t cover. The winner started out as a Hero I believe, the only actually who made it into the endgame!
That’s why the outcome is role played behind closed doors where senses don’t play a role.

And as far as the future of Survivor is concerned, I’m with the guy who said:
“The next season better bring it because coming off two seasons of Russell, I’m pretty spoiled by all the exciting tribal councils. I think even those holier than thou Russell haters will have to admit that with him a new bar is set and at least you get a show!!!”
Producer Marc Burnette might want to keep that in mind when he moves his circus to Nicaragua for season 21.