Taking your business serious may require a Social Media Manager

The job market has a need for a new breed of knowledge. A job that can be done part time and from your home office: The Social Media Manager. 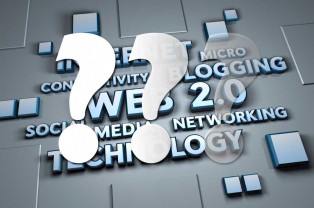 Are you pulling your hair on Social Media?

While jobs are disappearing, literally to never return, new and never before heard of jobs sprout-up as a result of world wide web social media.

Well, what can I say, SearchAmelia has predicted on many occasions that the third industrial revolution and its major shift in how it will “create” new jobs is materializing in some of the most amazing ways.

During our semi regular bi-weekly free social workshops we have been hammering on the importance of social media and its networking capabilities for small and medium sized businesses in local and regional markets.

Lo and behold, the job market has a need for a new breed of knowledge. A job that can be done part time and most importantly: from your home office.

The sheer explosion of social media from Facebook business, to Twitter business and FourSquare, Ning and LinkedIn has been coming down the pipeline at such a speed that most small and medium sized businesses are “caught by surprise” as a total new job market segment has been created simply forced out of need to stay ahead of the business curve:

Many small and midsized business entrepreneurs, as witnessed in our workshops, do simply not have the time to learn how to build, manage and profile themselves in the Social Media circus. And a circus it is but… unfortunately not getting involved means “Not Mattering Anymore” and you WILL loose out and could face extinction because your competitors are either more internet savvy or understand the importance of engaging with customers on social media.

Just as a refresher for some and an eye opener for others, Facebook today is the third largest country (if it where a country) in population with a little under 500 million users, responsible for over 40 billion sign-ins per month and well over 500 billion human interactions. Twitter is a distant second, but is gaining momentum regarding interaction and messages send and ranks now as the 6th largest, traffic wise, website in the world while youTube, not strictly a Social Medium, is adding 25 hours of video per minute, 24 hours a day, as people and businesses getting into high gear of personal branding.

Foursquare, Flickr (yes even them), Google Buzz are gaining traction in the circus and with more than 220,000 iPhone apps of which a good 20% are geared towards social media, as well as the development of social Android apps, the forest is growing into a jungle where trees are becoming more difficult to uniquely identify.

What tools to chose? Which networks to follow? How much time is needed to maintain the social media status? How to push the products and services in the social marketplace? All good questions and this is where the Social Media Manager Job description and thus services come into play.

The job has grown exponentially in the last several months and consequently demand and job open positions is staggering. One small Job market website alone has over 17,000 Social Media Manager job openings listed.

A very recent survey shows that 91.5% of all small and medium sized businesses are considering a Social Media Manager while 85% who already have a social media manager have seen more than abnormal growth.

These are staggering numbers if one realizes that there are over 30 million small businesses in the US alone. Many small businesses share a Social Media Manager and consultancy fees totaling $10,000 per month for a manager are not abnormal.

Even if one considers that only one in 50 small businesses considers a Social Media Manager to take care of their social media needs, this would mean that 600,000 companies would be in a need to hire about 200,000 Managers in the next 3-6 months.

How serious is a Social Media Manager Job?

Let me put it this way… Marketing 101 book page one says: “What you don’t know you cannot crave for!” A fundamental mistake many businesses in pre-internet and Internet era make and are still making.

It doesn’t seem to sink in that you can be the most talented craftsman, the most accomplished accountant, the most knowledgeable realtor, or have the best merchandise at the lowest rates… if people don’t know about you or your business, you may as well hang a sign up on the door that states: “Opened my door for business yesterday, closed my door for business today!” And the sad notion is that all moneys went in preparation of the offices, tools of the craft and resources, yet nothing was reserved for creating awareness, personal or business.

Also unfortunate is that many people, not only entrepreneurs, think that the Internet is still a playground for teens, the internet is a waste of time and it is only for kids. They support their wisdom with excesses such as Farmville and teens pulling out their Playstation and Nintendo games and thus justify their business inactivity on the internet based on a fraction of what the World Wide Web has to offer.

Oh, sure they have an “Online Brochure”, yet many of them don’t know even their website URL (website address name).

As a result of this ignorance or being afraid of this global phenomenon, many business owners are hiding behind the “I’m too old to learn” and simply ignore that their customers are no longer reading newspapers or magazines, do not watch TV nor listen to the Radio but instead spend their time on a laptop.

If they would then they would know that their customers read blogs, read newspapers online, watch TV via youTube, Vimeo, Hulu and Dailymotion, search the gossip sites for the latest on stars and starlets, play a game here or there, do some Google or Bing searching on their hobbies, roam the online radio stations … and interact with family, friends, colleagues and engage with complete strangers via Facebook, Twitter and other niche market social outlets. Let’s face it, your customers and potential customers are online. But don’t believe me. Just be aware of the 500 million Facebook users.

What does the Job entail?

Quite frankly, it is a very intense job that requires to stay up-to-date on the latest developments, tools and trends in the social media sphere. It requires next to social skills, writing skills and intimate knowledge of the business he/she represents, an undying drive to learn each and every intricacy of the social network tools. It requires adaptability to new circumstances, research and ongoing communication. An almost constant and never ending learning process awaits those that want to be successful in the Social Media Sphere.

To learn more about Social Media Manager, SearchAmelia.com will be hosting on Monday June 29 from 6-8 pm a special Social Media Management Workshop (RSVP required) at a suitable location based on the amount of attendance. We suggest to bring a Laptop with wireless access.

Social Media is not a Fad, but a very serious business tool that may require some very special attention based on your enterprise.