Technology Thieves Can Be Dangerously Clever 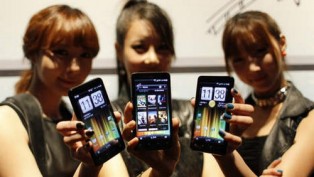 Too smart for our own good?

Of course we all “know” that technology and cyberspace has introduced a lot of different aspects to our lives. What seems convenient at first sight may turn against us over time. Especially when we stop being vigilant. Privacy is now mostly a thing of the past with everyone embracing social media as if it promises us that ultimate transparency will save us from Big Brother’s indifference for individual sanctity.

Today I witnessed a little “rebellion” against Facebook’s new openess policy, but in the end, most of us will give in to FB and keep exposing our lives and our loved ones to the rest of the universe. Well here are some real stories  that show how modern technology has us in a stranglehold, especially when it comes to our possessions and privacy.

A friend of a friend left the car in the long-term airport parking while away, when someone broke into the car. Using the information on the car’s registration in the glove compartment, they drove the car to his home in and robbed it. Here is the take-away, if we are going to leave the car in long-term parking, we should not leave the registration/insurance cards in it, nor your remote garage door opener or anything else that can give information on you. Something to think about with all our new electronic technology, doesn’t it?

A couple of weeks ago a friend told me that someone she knew had their car broken into while they were at a football game. Their car was parked on the green which was adjacent to the football stadium and specially allotted to football fans. Things stolen from the car included a garage door remote control, some money and a GPS which had been prominently mounted on the dashboard. When the victims got home, they found that their house had been ransacked and just about everything worth anything had been stolen. The thieves had used the GPS to back-track them to the house. They then used the garage remote control to open the garage door and gain entry to the house.
The thieves knew the owners were at the football game, they knew what time the game was scheduled to finish and so they knew how much time they had to clean out the house. It would appear that they had brought a truck to empty the house of its contents.
Something to consider if you have a GPS – don’t put your home address in it… Put a nearby address (like a store or gas station) so you can still find your way home if you need to, but no one else would know where you live if your GPS were stolen.

Publisher’s note: I don’t know about you, but give me 15 uninterrupted minutes in your house and I know your friends, your family, where they live, what they own and if you store banking information in your computer, you may as well kiss your money goodbye. The vast majority of people do not have a personal password protection on the computer, let alone their email server.

A lady, who we will not name here, has now changed her habit of how she lists her names on her cellphone after her handbag was stolen. Her handbag, which contained her cell phone, credit card, wallet, etc., was stolen. 20 minutes later when she called her hubby from a pay phone to tell him what had happened, hubby says ‘I received your text asking about our pin number and I’ve replied a little while ago.’ When they rushed down to the bank, the bank staff told them all the money was already withdrawn. The thief had actually used the stolen cellphone to text ‘hubby’ in the contact list and got hold of the pin number.
Within 20 minutes he had withdrawn all the money from their bank account.

Is there a moral to this story?

Personally I think we’re just at the starting point of a technological privacy invasion. For that reason I refused for example to have a cellphone even though my business is Internet technology. I finally got one after several years of begging and people calling me “peculiar”.

I have probably 15 names and numbers in my phone and get all of 3 phone calls a week (if that). I do not encourage it obviously. It’s not hooked up to the Internet, so no emails etc. and I think I texted 2 words once.

It’s listed in someone else’s name and occasionally I take pictures with it, which I quickly download into my computer and immediately erase from the phone. Some people (you know who you are) have their entire life archived in pictures in their cell phone!!

I’m not saying it’s going to save me from increased prying into my private life, but it is a start. If you want to have all the “benefits” from carrying a communication tool that is so intertwined with your life that it is truly a National Identification Card, I can only suggest the following tips:

a. Do not disclose the relationship between you and the people in your contact list. Avoid using names like Home, Honey, Hubby, Sweetheart, Dad, Mom, etc….

b. When sensitive info is being asked through texts, if you absolutely have to, CONFIRM by calling back.

c. Also, when you’re being texted by friends or family to meet them somewhere, be sure to call back to confirm that the message came from them. If you can’t reach them, be very careful about going places to meet ‘family and friends’ who text you.

d. Be careful about which pictures to store in your phone!!!

Yes, texting while driving is not the only dangerous downside to a cellphone.