It was on March 7th, in 1876, that the telephone patent was granted to Alexander Graham Bell. 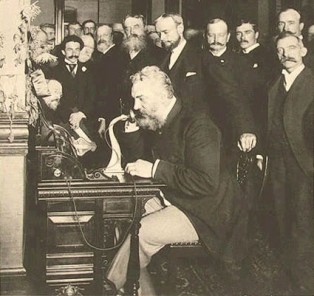 It was on March 7th, in 1876, that the telephone patent was granted to Alexander Graham Bell. Bell’s mother and his wife were deaf, and this influenced Bell’s life’s research on hearing and speech. These experiments resulted in his being awarded the first U.S. patent for the telephone in 1876.

Now we have cell phones, wireless phones, computer phones and satellite phones, what will they think of next?