The Anniversary of the First Super Bowl

Super Bowl commercials are the highlight of the year for many spectators of the Super Bowl and today is the anniversary of the First Super Bowl. Who won... Green Bay or the Kansas City Chiefs? 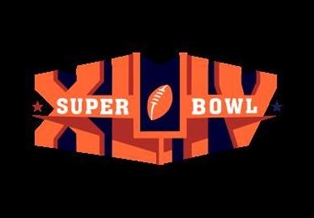 The Anniversary of the First Super Bowl

Today is the anniversary of the first Super Bowl. It was played on January 15, 1967, in the Los Angeles Memorial Coliseum and the Green Bay Packers beat the Kansas City Chiefs, 35 to 10.

There were nearly 62,000 witnesses to that first Championship Game and another estimated 60 million viewers watched the game from their homes on the televisions that held picture tubes and many were only black and white sets. The bonus each of the Packers received for winning that game was an amazing $15,000. Each of the Chiefs received one half of that amount.

Super Bowl commercials are the highlight of the year for many spectators of the game and a 60 second advertisement in Super Bowl XLIV will go for millions of dollars. Forty-four years ago, a one minute spot during the Super Bowl sold for about $80,000. Wikipedia reported that as of January 4, 95% of the advertising slots had been sold. Also of interest, “This is the first time in 23 years that Pepsi will not be running an ad during the Super Bowl itself.” This has turned out huge for Pepsi as people are talking about them not participating, keeping Pepsi synonymous with the phrase Super Bowl and for free.

Chiff.com is reporting that “NBC sold Super Bowl spots for $3 million per 30-second commercial in 2010. That was more than 10 percent higher than the average $2.7 million that Fox asked for in 2009.” Anheiser-Busch, Go Daddy’s Danika Patrick and Career Builder will be returning as well as the popular Hollywood previews that this year include sneak peaks of Shutter Island, Iron Man 2 and The Last Airbender.

Even if you do not follow the game of football you are likely to be invited to a Super Bowl party. You should go for fellowship, but also to see the movie previews and to watch the entertaining commercials that will be the talk around the water cooler Monday morning after the game. But wait, there’s more, I forgot to mention who is performing as half time entertainment. This year the half time show features a legend in rock music, The Who! This major sporting event is returning to Miami for the tenth time, so mark your calendars now for the Super Bowl spectacular on the evening of February 7, 2010.