The Blues Festival is Upon Us

The Weather for next weekend looks great. Time to get your Amelia Island Bluesfest tickets. 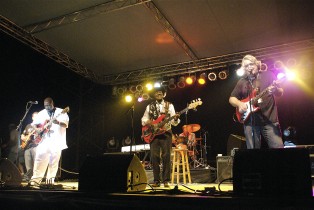 The 10 day Weather forecast predicts sunny and 83°F for next week Friday and sunny and 84° for Saturday the 15th, with a nice 8mph breeze coming off the ocean. Time to get your tickets for the 2nd Amelia Island Blues Festival now. You can get them online via Ticketbud or you can get them at any of the listed Ticket Outlets below.

Friday the gates open at 4pm and at 5:00pm Daytona Beach’s “Mojo Chillen” will bite off the 3 day Blues Marathon. Our own Beech Street Blues Band will get up next, followed by Flannel Church with Derek Truck’s brother Duane on the drums and then at 9:00pm Guitar monster Blues/Country Blues sensation Shane Dwight will get the crowd going in awe.

No worries about food and drinks. The Palace Saloon Pavilion has the beer, wine and soft drinks and Sonny’s, the Yulee Firefighters and festival’s newest sponsor Timoti’s Fry Shak will take care of dinner for you. The Friday admission tickets are $10 if you get them from the website or at a ticket outlet. It’s $5 more at the gate.

On Saturday the gates open at 11:30am and you may as well bring a comfortable beach chair for this line up!!! Tickets for Saturday are $25 in pre-sale and $30 at the gate – more than worth it considering the magnificent line up.

At noon we pay tribute to Blues in School, when Fernandina Beach High School’s Blues Ensemble, guided and directed by Mr. Rob and Blues giant Roger “Hurricane” Wilson will kick off the show.

At 12:45 17 year old Alex Ivanov from Orlando will go on stage to show you why he was just signed in Nashville as the latest guitar prodigy. Alex’s idol is Ritchie Blackmore from the legendary rock band “Deep Purple” and his sound is a bit more on the hard rock blues side, but that’s the only way young and upcoming guitar aces can get attention in today’s music business. You will be treated to some jaw dropping fireworks, that’s a guarantee.

At 1:45 we welcome Hurricane Wilson warming up the afternoon with his huge range of classic blues and at 2:30 South Florida’s Nouveaux Honkies will show you how a violin and a beautiful young woman can play the blues. I love the line in one of their songs that reads something like: “If you want to know where I are… I’ll be safely tucked away in some bar.”

Then at 4:15 please welcome J.P. Soars and the Red Hots and find out why JP was nominated for “Best Contemporary Male Blues Artist of the Year” at the 33rd Blues Music Awards. He is one of those rare young guitar slingers/slide players that can play anything, anywhere, at any time.

Are you feeling the blues coming your way…????

Well than at 6pm it’s time for Sean Chambers to roll up onto the stage. He looks a bit like Gary Moore, but his playing and singing is all his own. Listen to “Ten till Midnight” and you’ll wanna be right-front-center stage when this kid takes off. He’s a badass guitar player who does not take prisoners when he pushes his guitar to the limits of the blues.

Take a 15 minute breather and then welcome blues master Albert Castiglia at  7:45 as he takes you to the magic of his latest album “Living the Dream”, released just last month. A great singer/songwriter/guitarist and showman we fondly remember as the inaugural year’s headliner.

And then there is Shemekia (Shemekuh) Copeland, daughter of blues great Johnny Copeland and the queen of blues in her own right, taking stage at 9:30 for a show this part of our state has not seen before.

This woman at the tender year of 33 1/3 (also the title of her latest album to be released on Sept. 25) has broken new ground between blues, rhythm and blues and soul, that marries Hip swinging, hand clapping rhythms and that makes you relive the origins of the blues in the cotton fields of the Mississippi Delta.

Moving right along to Sunday’s line up when the gates open at 11:30 for a noon encounter with Kim Reteguiz and the Black Cat Bones. Kim is a classically schooled singer who can belt out the blues like it’s coming up from the earth, passing through her feet and when it reaches her vocal chords, there is fire and lightning. She won our Battle of the Blues earlier this year, a competition she’ll never have to do again. Tons of raving reviews on her youTube video have made that clear. Kim and her band of Bad Bones will be going places.

At 1:15 Atlanta based blues legend Bill Sheffield will go on stage to remind us that blues started out in the cotton fields of the Delta from where it moved ultimately in all directions. His songwriting and guitar mastery show that his development as a blues musician took many a detour as well. A Fascinating showman.

At 2:30 on Sunday it’s time to kick out the jams with Bluesrock sensation Blistur. After last year’s festival performance, the return of Blistur was a must. Recently signed, the band with Chris on guitar and vocals, Neal on drums and vocals and Dom on bass, came first to my attention in 2006, when they did a gig at what was then called “River’s Edge”. I was so impressed that a couple months later, in January of 2007 I flew the band down to the Caribbean Island of St.Maarten to open up for Joe Bonamassa, who was in the early stages of breaking through all blues barriers worldwide. In a relaxed atmosphere at one of the local clubs, Blistur was playing and Joe was in the audience, smoking a Cuban and having a drink. Upon Chris’s invitation, he and Joe started exchanging riffs on The Doors’ Roadhouse Blues. (I have not have time to dig up the footage, but I will.)

I had known and befriended Joe in 1994 and ever since thought he was (and still is) the foremost blues guitarist in the world, but I must say that Chris matched Joe’s riffs and shreds on that evening in every possible way. A couple of months later I took Blistur back to St.Maarten to record their first CD and one morning, Chris taped Jimi Hendrix/Stevie Ray Vaughn’s “Little Wing” in one unforgettable take. Everyone in the studio had their jaws hanging on their feet. Blistur is a force to reckon with.

Okay, moving on to Beth McKee, another re-entry of last year when Beth and her band blew us away with a Cajun Blues performance that was nothing short of magical. The lady and her percussionist/producer husband’s band are magnificent and will take the stage at 4:00pm.

And then… the finale: the David Gerald Band all the way from Detroit Michigan. He amazed us with his rendition of “I play the Blues for You” and we saw BB King playing Stevie Ray Vaughn, or maybe it was the other way around. This gentleman from Detroit has some surprises for us and if you were blown away by last year’s FINALE, wait when 4 magnificent guitar players join forces in a tribute to Gary Moore’s “I still got the Blues for You”.

Get your tickets now, because you don’t want to miss this Blues Festival. 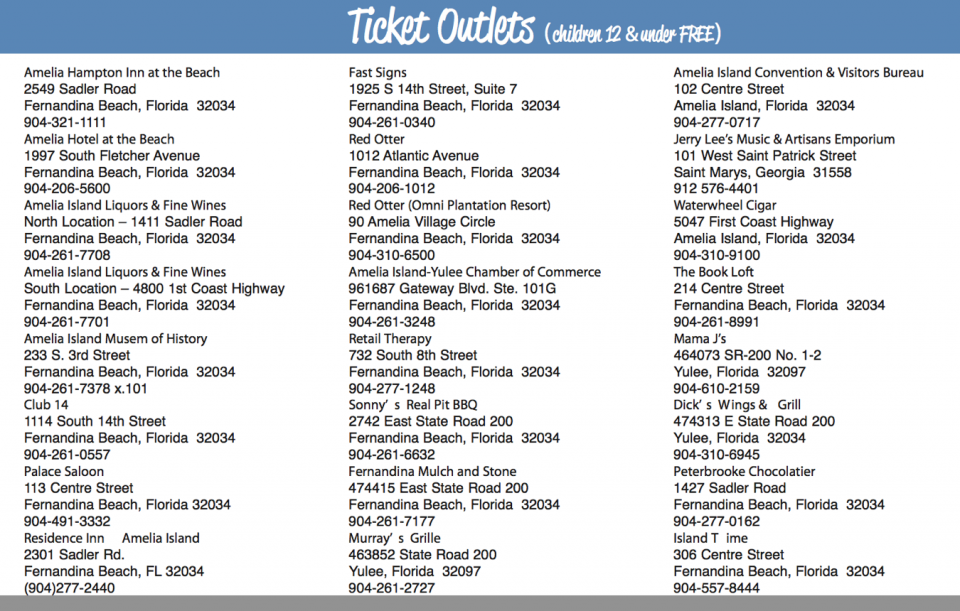