Some may call it bullying, others may call it abuse, some even call it tough love, but I call it emotional pirating. 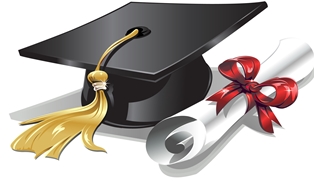 Here is the winning essay for the Fernandina Pirates Club Inc.’s 2015 Scholarship Contest. Nassau County’s Rebecca Pierce wrote the entry and received a $1,500.00 scholarship paid to the college of her choice.

Pillaging, pilfering, plundering… Three words many use to describe pirates. Words that mean virtually the same thing; to rob a place or person violently. People also commonly use these words as accurate descriptions of pirates, but, in today’s world, what exactly is a pirate? Pirates aren’t just drunken Jack Sparrows, an intriguing fable to pass down through the generations, a cool mascot, a tourist attraction, or even a cute little kid costume. Pirates are real, and some can be even more dangerous than the curse of The Black Pearl. There are the classic pirates that would cheat and steal their way through life only to encounter brutal death, there are the sea pirates of today that kidnap and torture innocent people, there are internet pirates that pilfer the vast expansion of the web, but finally and specifically there’s even a pirate that we encounter in our own lives and the pirate I’m going to focus on… the emotional pirate.

In order to understand this concept of an emotional pirate we must first understand the concept of pirating. According to “dictionary.com” a “pirate” is someone who “robs or commits illegal violence at sea or on the shores of sea.” The definition of “to rob” by the same website is “to take something from (someone) by unlawful force or threat of violence.” Violence is defined as “swift and intense force.” With that being said, let’s take a closer look. The pirating definition references the sea and we as human beings have a sea; of emotions do we not? Look at a mother holding her firstborn, a father burying a child, a girl having her first break up, even a boy losing the most important game of the season, a wedding, a college acceptance, an undefeated season, the list could go on forever because we as humans are emotional beings, and, just like the tide, our emotions are always changing. Moving on, let’s delve into what an emotional pirate is. An emotional pirate is a person that hurts us. Its someone that comes into a person’s life and steals the most important object that person could possibly possess, their value. It’s the boss that no matter how many times you’re on time to work they notice the one time you’re late. It’s the abusive husband that belittles and tears apart the wife’s emotional stability by only telling her she isn’t good enough, she’ll never be worth anything, nobody will ever love her. Its the kid at school who walks with superiority and makes it their personal job to make someone who doesn’t dress the same, party the same, make the same grades, or have the same friends feel inferior. It’s the look a person receives when they walk into a fancy store with ragged clothes. It’s the snickers and sneers people get for being different in the way they may talk. The list is never-ending.

There still seems to be one missing piece though; where does violence come in? Well, does the woman being abused want to be abused? Some may say yes because she hasn’t left; but it isn’t that simple. Does the person that walks in the hallway with their head hung in fear of being scorned by the looks of many choose to walk in fear? What about the person that’s constantly told they’re never good enough? Do they like being told that? Do they enjoy the feeling of failure? No, none of these people want the emotional damage that they undergo, and yet it happens. It happens violently. It happens swiftly and surely. Their pride is ripped away from them and trampled before they even know it, because with humans it only ever takes one time.

Now this isn’t to say we all walk around being victims with our emotions running rampant and up for the taking, but it is saying that we shouldn’t just look at pirates such as Blackbeard as the only pirate, because this deadly form of pirating is sweeping the nation. Some may call it bullying, others may call it abuse, some even call it tough love, but I call it emotional pirating. This is a very serious kind of pirating we need to keep an eye on because just as the scalawags of treacherous waters were brought to death, some of our very own friends and family have had a similar fate. Emotions are indeed a sea; they crash and roar, they come in waves, they create life and can lead us to a place of beauty, but again just like the sea they’re an open and intriguing thing that can very easily be pillaged, pilfered, and plundered.”