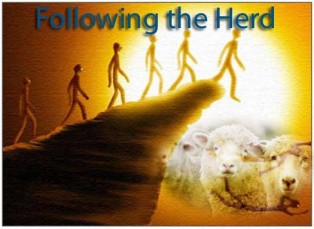 In a world where there is more information “on the fly” than anyone can comprehend without going “nuts”, the “herd” mentality becomes the accepted comfort zone. What’s good for the ‘herd” cannot be bad for me, is what most people base their decision making process on. Hence thought processes are pretty much generalized for common acceptance. In a recent article on www.xinhuanet.com/english I read that there are now 391,000 millionaires in China, up from 310,000 last year, and that many of them book plane loads full of eager buyers for US properties. There is a full blown movement among the Chinese Wealthy to fly and buy US properties today in groups. I’m not going into the benefits and reasons for them in this article, but would like to highlight the destinations they’re looking at.

Predictably they focus on Brandname Destinations because that’s what the ‘herd” does. For the Chinese, US brandname destinations are St.Francisco, LA and San Diego and Seattle to a lesser degree and as always top ranked New York.

Then this morning I catch another story about Bradley International Airport in Connecticut, touting the economic lifeline importance of having a direct flight to Amsterdam-Netherlands for their area. (see article below). The next thought in my brain process is, why does the Jacksonville Airport claim the title to be an international airport and why are there no international flights. Then when my thoughts wander off, I conclude that Florida has a huge brandname recognition in Europe, of course with Miami taking the top spot, but fading because of crime news and congestion. Finally I contemplate what it would mean for real estate and the economy in Northeast Florida if direct flights from Amsterdam would come into Jacksonville Airport. It would rapidly build a brandname for another Florida of great Quality of Life without the hassle and the congestion of South Florida.
I wonder how much the Bradley Connecticut Area Economic Council had to pitch in for Delta Airlines to resume daily direct flights to Amsterdam and how much interest there would be to pursue a similar course of action here in North East Florida. Of course I could be a little biased since Amsterdam is my hometown and I would not have to commute to Atlanta or Miami for connections.

The Department’s formal proposal to re-establish the service centered on the proven performance of Bradley’s market demand for service to Europe and included incentives offered through the Bradley Enterprise Fund, matched by contributions from the Metro Hartford Alliance and Western Massachusetts Economic Development Council. Today, thanks to the hard work of these authorities, Bradley International Airport has announced that nonstop flights will resume between Bradley and Amsterdam, effective June 2, 2009.

Governor M. Jodi Rell said, “We’re thrilled. The flight was contributing millions in economic development to the region. The Department of Transportation, airport officials, and a coalition of the Metro Hartford Alliance and Western Mass Economic Development Council should be commended for their efforts, especially during these tough economic times. We applaud Delta Air Lines for its commitment to Bradley International Airport and for reinstating this important route for summer 2009.”

“We refused to give up on this service, and our efforts have been rewarded,” said DOT commissioner Joseph F. Marie. “To have this service reinstated at a time when the airlines are going through a severe downturn is nothing short of miraculous. The department is proud of the partnerships forged with the board of directors and economic development agencies and looks forward to continued success.”

“The fact that this service is coming back is a testament to a coordinated public-private partnership that worked diligently to prove that Bradley could indeed support a flight of this nature,” said Bradley board chairman L. Scott Frantz. “There are an estimated 4.7 million travelers located within a 90-mile radius of Bradley International Airport, including the eastern portion of New York state and western New England, who deserve a hassle free, on-time travel experience in contrast to traveling through the often-congested New York and Boston airports.”