The Failure of America’s Immigration Policies

Freedom and Capitalism go hand in hand. Just ask the millions of immigrants who came to the US in search of a chance to carve a better life for themselves and their loved ones. 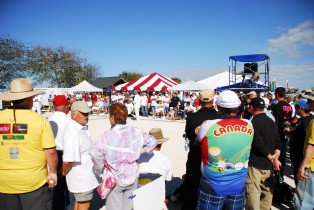 Will we see another International Petanque Tournament on Amelia Island?

As more and more affluent and freedom loving American Citizens are seeking ways to leave this country, tired as they are of the Washington policies, there are still foreigners that believe in the American Dream and the potential of Capitalism as a valid economic system. Unfortunately these increasingly few encounter so many absurd attitudes, barricades and problems from INS and Homeland Security, that they either decide to go low profile with a risk of deportation at one point, or just give up over time, especially since going the route of compliance with the rules and regulations has become very costly and too arbitrarily risky.

A very close friend, known to many in our little island community, decided to comply with the rules and regulation in fine detail and apply for a business visa extension but was very rudely shot down by just a random government servant in a suit, who decided he didn’t like the economic impact our friend’s company had accomplished during the time span of his initial visa.
Reasoning and criteria were apparently based on our friend not having enough people employed in the company and that is the problem with policy morons who dictate that economic impact is only based on how many people you support with a weekly paycheck.

Our friend buys and sells a complete line of merchandise that is related to an old French past time sport called Pétanque. Since the sport is just taking hold in the US with a slow but promising growth curve, his sales is just enough to support himself and his family and an occasional part time help, BUT… in order to promote the popularity of the sport in the US, he organizes a regional Spring Tournament and a Fall International Open Tournament with players and their families coming from all over the US and the World. In the short time since our friend established himself and his company on Amelia Island, he has organized 3 Global Tournaments and if we calculate hotel rooms sold and food and beverages served in the local economy, because of his initiative, several million dollars would be his direct minimal economic contribution to the city and the region, never mind that since he brought the tournament to Fernandina Beach, Pétanque players from around the country and the globe have become tourism ambassadors for the island, people have bought properties and relocated businesses.

Now I do not expect a knucklehead in an INS uniform behind a glass window in the US Embassy in Paris to understand that economic impact goes far beyond how many people derive their weekly paycheck from a company, but I seriously question a system that gives this same knucklehead the ultimate power to decide at will who can enter the US and who can not. In addition there is something inherently wrong with a policy that cannot establish that there is an obvious difference between those immigrants who can take care of themselves without depending on the US social systems and those who cannot. Every month our friend pays his landlords for his house and office/warehouse, he pays corporate taxes, sales taxes, he frequents local businesses for all his purchases, which establishes him as a solid contributor, beyond any stupid Washington dictated policies. His three children, some of them born US citizens go to the local high school and are intricate parts of this community as well, and are now waiting for the sword of ignorance to come down on them dictating whether they can finish high school or not.

And the more I think about this incredible injustice and randomness, the angrier I get. I just finished reading New York Times columnist and Three Time Pulitzer Prize Winner Tom Friedman’s book “That Used to Be Us”, in which he champions what America needs to do in order to get back on top of the world it created in the early years of the last century. In a great manner he describes the 4 Mistakes that were key to America’s slippage and the 5 Pillars for Success. One major issue is that the country took a bad immigration policy course after 9/11 and we need to get back to Immigration Policies that encourage the world’s best and brightest to come to America…and stay here.
I came here in 1980 because of what America Used to Be, but honestly, it’s a far cry from that now.

Maybe someone should point Friedman’s book out to some INS functionary in the Paris Embassy in the case of our friend (and so many others who deserve much more respect than they are getting). Our friend has brought much happiness, satisfaction, culture and exposure to our community, far beyond the limitations and shortsightedness of a badly defined economic impact criterion. 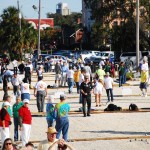 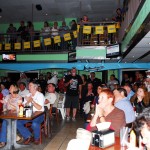 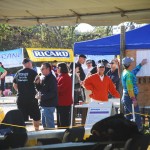 Of course I could have taken the cautious road here at SearchAmelia, because after all in the US we are supposed to fear the government and opinions on immigration issues are sadly divided, but this website is anchored in the positive approach to globalization as the only feasible answer to the future of the world.

So I applaud Tom Friedman who in this latest book explains what’s wrong with America and how to get out of the rut. “We have to learn to think like Immigrants”, he says!!! And as to friends who advised me to be cautious with attacking the powers that be, I nod to Albert Einstein who once said: “The World will not be destroyed by those who do evil, but by those who watch them without doing anything.”
Let’s get our friend back and change some immigration mistakes in the process. Let’s welcome those that add a bright light to our lives, the way this country used to do.