The FOP Crime and the Iraqi Dinar

The “Dinar story” is such a plausible sham because much of it is based on perceived fact. Redenomination however, excludes “get rich quick” opportunity 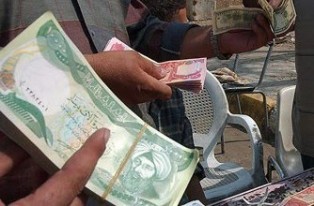 When I read this afternoon that the seized safe of the president of the Fraternal Order of Police, Nelson Cuba, contained 5 million Iraqi Dinars (US $4,300) I almost choked on my afternoon cup of coffee. Here is an organization’s president, accused  with a bunch of other officials of racketeering and money laundering with their involvement in a $300 million gaming ring supposed to support veteran charities, who is so incredibly gullible to fall for the sham of the Iraqi Dinar that has been going around the nation. Mind you I’m using the word SHAM, not SCAM, because the Iraqi Dinar is a totally legitimate national currency, albeit a government controlled currency.

For defined reason of misguided greed, some financial “experts” and otherwise delusional individuals have been promoting the story that Iraqi’s economy is experiencing such a meteoric rise from the ashes, that soon the mere possession of this currency, even in relatively small amounts, is going to be the heist of the century. The story goes that soon this currency is going to see a 1,175 to 3 explosion in a revaluation, now projected for July this year. Never mind that the roots of this story date back to 2007 and postponements of this revaluation have been plentiful since.

To be clear however, this whole sham conveniently forgets that we’re talking a re-denomination of the currency and Not a revaluation. The story goes that Iraq’s economy is so booming that soon three zeros will be dropped from the face of the currency which would make Nelson Cuba’s investment in the Iraqi Dinar worth a cool $4.3 million dollar??!! Not in 4.3 million years unless we see Zimbabwean Inflation, which is not entirely out of the question!

Under a “redenomination” scenario however, there is no “get rich quick” opportunity. Yet, when something as complex as foreign exchange rates are involved, the situation is ripe for a fraudster’s scheme. Con artists wasted no time for example devising clever “Dinar” deception scams that have been perpetrated as far away as Japan. Recently, over 200 unsuspecting Japanese investors, hoping for an immediate revaluation by the Iraqi Central Bank, bought millions of Dinars at inflated exchange rates. The sellers quickly disappeared.

The “Dinar story” sounds so plausible because much of it is based on perceived fact. The Iraqi people and their government have made good strides in resurrecting a burgeoning economy, based to a large degree on a revitalized oil industry. The potential size of Iraqi oil and gas reserves has yet to be accurately determined, but most agree that the potential is enormous. There have been similar occurrences in other countries that suggest a few history lessons might provide clues to the future. Examples can be found in Venezuela, Iran, and Russia, but in each case, as oil exports increased, so did the need for imports of other goods and services. Currencies did appreciate, but slowly and in a measured way over decades.

Still proponents of this macabre joke are hyping this magic wand to small time investors and baby boomers as the answer to make good for what was lost in and since the 2008 financial crisis.

And gullible idiots who have never been to the Middle East and have no clue of the forces at play, fall for this crap that infuriates those of us who do know.

The only reason Iraq had a thin coat of stability before Saddam Hussein stumbled over his particular brand of illusion of grandeur , one that eventually topples all dictators, was that he was artificially kept in place to balance between Iran, Syria and to a degree Saudi Arabia in a cold war scenario. Since Desert Storm in 1991, volatility in the region has actually increased a thousand fold. The 10 year war will have another 20 years of fall-out and religious, cultural and economic confrontations and conflicts, unless a true leader for the region will come forward.

For those who claim that the US dollar will support the rehabilitation and re-instatement of the Iraqi economy I got “news”…well it’s actually not news for anyone who looks around with eyes and ears open, this country is close to bankruptcy with a debt that is now unsustainable, coupled with unfunded liabilities that are so enormous that it doesn’t matter if it’s 50 or 100 Trillion USD. No a lot of space to support Iraq after already wasting a trillion plus on a war.

So here are a bunch of neighborhood crooks clever enough to steal allegedly some $300 million from veteran charities, yet stupidly greedy enough to believe the sham to buy Iraqi Dinars. What a world!!!

Because then there is the poor but courageous dying veteran who clarifies why he considers Bush Jr. and Cheney war criminals, when they sent him and hundreds of thousands of young Americans to a war they created for oil. Iraq was a lie. And the Iraqi Dinar is a lie. Get it into your stubborn heads.