The Global Economy: A True Catch 22

As Wall Street deceives us into thinking that the economy is getting better, the Feds keep multiplying their financial stimulus mistakes. A catch 22 for sure 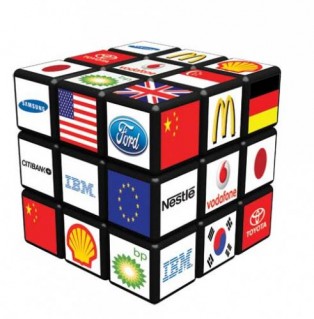 The force behind the Global Economy

Every economist worth a dime knows that “Without growth you can’t pay your debt and with too much debt, you can’t grow.”

My jaw permanently dropped when I read the Wall Street Journal reporting several days ago that American’s wealth hit the highest level ever, last year, cleverly reflecting a surge in the value of stocks and homes that has boosted the most affluent US households, primarily or better yet exclusively created by the Feds pumping $20 trillion into US households since 2009, which of course makes this whole sordid record surreal.

Why? Because we all know that wealth cannot come from nothing. Wealth is a process of work, timing, luck, knowledge but mostly EFFORT. Greek philosopher Parmenides in the 5th century BC used the phrase “Out of nothing, nothing comes”, and even Thomas Aquinas, the 13th Century friar and philosopher as well as St. Augustine, the patron saint of brewers, later used this axiom to prove that the universe needed a “first mover,” to get things going.

So, where is all that ‘new’ wealth coming from. Some may say from the hand of the Almighty, as in Manna from Heaven of course… I prefer to leave the Almighty out of this however, seeing that his philosophy embraced the interpreted expression that: “If wealth rises, all should benefit.” Well, clearly that is not the case here.

We are led to believe that the Federal Reserve’s policy mission is designed to produce a general prosperity; the Fed claims to keep rates near zero so the entire economy benefits. But it isn’t true. Only some prosper.

For the less fortunate, all the stimulus makes money ‘worthless’. A retirement saver 30 years ago would easily get 8-10% on a CD (certificate of deposit). But that was 30 years ago, before world regions such as North America, Europe and Asia were “changed” into a global economy by the multi national corporations of this world. This movement has put global trade and financial interdependency on a course with the future never experienced before. Because large international corporations forced the Western World to open their doors to world trade, we now have a “Global Economy” and the West is no longer isolated from the poor workers of Asia, Africa and Latin America.  Mobile phones, motorized vehicles and refrigeration are available in every corner of the globe these days, providing the basic tools for rapid progress.

But this development has also led to an interdependence of all regions and countries. If Europe experiences hiccups and the US economy stalls, a domino effect will affect the exports of China and Japan and they, in turn, will start flounder. Now the big problem has become that the entire West (US and Europe) built its economy on borrowed money and with global debt numbers reaching $100 trillion, there are no realistic means today of repaying those loans, even if we would have a growth economy.

Hence, the West faces the hard task to either curtail its living standards for the greater good, leading to unemployment and recession, or accelerate development of growth markets in previously under developed nations to catch up with our standard of living. Option 1, curtailing standards of living will hurt Asia’s growth as Asia cannot survive alone. Playing catch up by the world’s poorest nation requires a tricky strategy, considering how wealth seems to embrace their own opulence. In any case what we are facing for the next 3 or 4 decades is a global equalization of living standards, where ultimately Westerners no longer have a reason to have a higher living standard than any other country. Cheap energy and technology supported a higher Western living standard but is now available across the Globe. A potential debasement of the Western living standards may cause a lot of mental and even physical pain in the West, if not anticipated correctly.

The Fate of the Baby Boomer Retiree

Thirty years ago a $200,000 nest egg ( for example a home) could generate up to $20,000 a year in interest payment without ever touching the principal. Retiring was an easy decision. Today’s potential retiree stays in the workforce as long as possible, clogging up the natural pipelines because, interest paid on a CD today is not even enough to keep up with the official inflation rate.

As it becomes increasingly clear that he Fed’s activist policies distort and corrupt the economy we learn that prices are bent. Next, taking their cues from bad prices, bad decisions are made and before you know it, everything is twisted in one direction or another. Low rates and rising prices tricked Americans into believing that the more house you had, the more money you would make.

Well to tell you the truth, the $20 trillion in new wealth is in the hands of America’s winners. It added little to US GDP… or to Americans’ incomes. It was merely another transfer of wealth. Owners of stocks and houses got richer. Wage earners and savers got poorer.
I would suggest to those who got richer to start taking the money off the table, but I know many of them are driven by greed, so the loss of their wealth is inevitably etched in their DNA.

Equally inevitable in repeating itself over and over again, is the human trap that lead to the 2008 great recession. Dave Ramsey probably described it best: “We buy things we don’t need, with money we don’t have, to impress people we don’t like.” I think the current reincarnation of that reality started with Malcolm Forbes who coined: ““He who dies with the most toys, wins,” a opulent lifestyle choice rapidly adopted and popularized in the 1980s by the yuppie generation.

After 25 years of increasingly believing that debt trees could grow infinitely, the first cracks appeared in the weakest part of the debt structure: US subprime mortgages. Around that time the Feds philosophy became firmly anchored in a belief that Money should cost nothing and Chicks were for free, at least if you were a Wall Street insider.

Greed created a global demand for mortgage-backed securities, a toxic sausage of Wall Street manufactured products that cleverly concealed, with the tacit backing of the ratings agencies, the junk hidden beneath the surface.

When it all collapsed in the demise of Bear Stearns, followed by Lehman, the feds rode in on a white horse with every quack cure they could think of. Bailouts, cash for clunkers, ZIRP, QE – one estimate put the total cost at more than $10 trillion, or about three times the cost of World War II.The crisis was caused by too much debt. And all the feds had to offer was… more debt. As Bloomberg reported last week global debt has grown to$100 trillion plus and since debt is an obligation laid upon the future, the future becomes more and more a harder thing to happen.

The larger debt growth, the harder it becomes for the future to happen. There is a natural correlation between extreme levels of public debts and low economic growth and that is the catch 22. Without growth we cannot pay off our debts and creating money out of nothing to add more debts, will ultimately explode into deleveraging and debt deflation.

St.Augustine, yes the Saint, not the city to the south of us, said: “There is no advantage to being near the light, if your eyes are closed.”
Maybe we should heed that implied warning before it’s too late.