The Huge Generational Disconnect and Starting Over at 60

More than 40 percent of American seniors have no retirement savings, wondering how to make ends meet in an uncertain economic future. 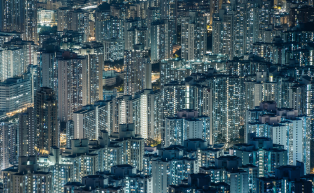 Looking at the numbers of the future

I just watched 25 minutes of a presentation from Alex Daley, chief technology officer at Casey Research, about the future of IT and how on all levels all over the world IT movements are rapidly replacing old ways and means. Most of America still may think that the NFL or the NBA have growing entertainment value, but compared to the massive growth of online games, they’re just peanuts.  Watching this video as a senior who has been in online since the world wide web made its global entrance in the early 1990s, I have to admit that I’m running a bit behind a curve that seems to be speeding forward at dazzling speed.

But I can still see the implications and the disconnect…AND….the danger to keep looking at the world from an old school economic slant.

There is a world out there where the 2008/9 recession never reached, because revenues kept growing and growing to such extent that monetary crisis, inflation, deflation, national debt, unfunded liabilities, and the fear that we will outlive our means to sustain a lifestyle, have become irrelevant. And looking at how the younger generations have embraced and opened up to online entertainment technologies, even privacy protection has become circumspect, as in “you must have something to hide”.

Mostly however I see a huge generational disconnect between the economies of the past and the future, with the unfortunate side effect that our economic society of the past was anchored in trust, respect and loyalty, attributes which have no real meaning in the economy of tomorrow, because of utter disconnect.

As a philosophical economist ( I gladly leave the statistical ‘science’ part to the number crunchers) I cannot help but wonder how our boomer generation is going to finance current unfunded liabilities in the $100 trillion plus range (social security, medicare, medicaid), when tomorrow’s economic output can move anywhere at anytime without a moral consideration for geographic or ideological belonging.

With luck and the right guidance, you may be the smart one who started a wealth-building plan in your 20s or 30s.  If not, you may find yourself in your 50s or 60s without a comfortable and secured nest egg in which case you join at least 40% of the US population who have not saved a penny for retirement.
So now the burning question becomes: “Is it possible to make up for lost time?”

I know quite a few people who are in their 60s and have no savings, no significant assets, and bad credit due to having had to file for bankruptcy while on top of all of that, everything is suddenly starting to go wrong with body and health, or so it seems. (the mind plays nasty games with your body, when a form of disconnect or desperation shows itself!)

So you may ask yourself: Is it even possible to save myself at this point?

The answer is yes. Not even a qualified yes – a very definitive yes!
You may at times be feeling run-down and beaten-up, (we cannot party like it’s 1999 anymore!), but your life at 60 is far from over.
Feeling depressed, overweight and uncoordinated? Time to work on good health.
Build physical stamina and personal productivity. It really is just a matter of intelligence and persistence.

And before I get to addressing your financial needs, let me give you a few examples of what some well-known people have been able to do in their 60s (or thereabouts):

• Chaleo Yoovidhya, uneducated other than by life itself, invented Red Bull energy drink and started marketing it globally in the mid 1980s at age 62, making him a billionaire within 10 years.

• Winston Churchill, who suffered from clinical depression his entire life became Prime Minister at the age of 65

• Harland Sanders, better known as Colonel Sanders, was 65 when he started Kentucky Fried Chicken. As demand for his tasty chicken grew, Sanders opened a restaurant. And the rest, as they say, is history.

• Laura Ingalls Wilder was 65 when she began writing her beloved Little House on the Prairie series. She went on to pen eight total books in the series – in addition to being a journalist.

• In 1954, at the age of 52, Ray Kroc opened a hamburger stand – when most people his age were retiring. Kroc revolutionized the fast-food business when this hamburger stand eventually became McDonald’s.

• At 70 years old, Golda Meir became the fourth prime minister of Israel – and the first woman to hold the post.

• In 2004, at the age of 82, Robert Galvin, retired longtime CEO of Motorola, started Galvin Electricity Initiative, a nonprofit dedicated to transforming and improving the nation’s power grid to 21st-century standards.

• Grandma Moses (Anna Mary Robertson Moses) came to public attention in 1940, at the age of 80. She began painting in her seventies after abandoning a career in embroidery because of arthritis. She lived to be 101 and in the last year of her life painted twenty-five pictures. Her work “Sugaring Off”, became her highest selling work at $1.2 million. Quote: “Life is what we make it, always has been, always will be”

• Harry Bernstein. At the age of 96, Harry Bernstein published his best-seller memoir “The Invisible Wall”. Quote: “If I had not lived until I was 90, I would not have been able to write this book,God knows what other potentials lurk in other people,if we could only keep them alive well into their 90.”

• Nola Hills became a short-lived Guinness World Record holder as the world’s oldest college graduate at age 95 to be beaten out of that record in 2012 by 98 year old Twila Boston who graduated with a bachelor degree in American Studies. Shortly after Dr Allan Stewart, a 97-year-old retired Australian dentist, received his masters degree in clinical science from Southern Cross University – setting the newest world record for Oldest graduate. Loved Nola Hills quote: “I plan to seek employment on a cruise ship going around the world as a storyteller”.

There are thousands of examples more, but these suffice in telling the idea. As of 2009, the latest year for which information is available, persons reaching age 65 had an average life expectancy of an additional 18.7 years (20 years for females and 17.3 years for males). This means you have many more years to live well and thrive!

Simone De Beauvoir wrote the following in “The Coming of Age”

“It is old age rather than death that is to be contrasted with life. Old age is a parody of life, whereas death transforms life into a destiny. In a way, death preserves life by giving it the absolute dimension–“As unto himself eternity changes him at last”. Death does away with time.
There is only one solution if old age is not to be an absurd parody of our former life,and that is to go on pursuing ends that give our existence meaning – Devotion to individuals, to groups or to causes,social, political, intellectual or creative work – One’s life has value so long as one attributes value to the life of others, by means of love,friendship,indignation,compassion.”

And I have always been partial to George Burns’ ageless observation: “Retirement at sixty-five is ridiculous. When I was sixty-five I still had pimples.”

So What to Do About Your Financial Future?

The first thing I’d recommend strongly is to put some of the doom-and-gloom material that is out there in perspective.
Yes, debt burdens our world economy. And yes, that debt will be paid one way or another. So stop worrying about it.

The second thing I’d like you to do is to believe what I’m about to tell you: It is perfectly possible – even likely – to eliminate debt and acquire wealth within seven years IF you are willing to do the right things.

That seven-year term has always been a personal projection for me, especially when I looked in retrospect. It comes from what I’ve done many times over in my own life and what I’ve been able to help other people do many times over.

When you are young, seven years seems like an eternity. But at 60, you now know that it will pass faster than the 2,555 days it is supposed to represent. But if you multiply 2,555 days by 4 hours that you sleep less than others who “need” 12 hours of sleep including laying on the couch to watch TV, you just gained 426 days to be effective and involved in your health and financial well-being.
That’s why it’s so important for you to take this advice seriously and put it to work immediately. No procrastination permitted.
If you wait even a week to get started, you will find it easy to push it off another week and then a month, and before you know it, those seven years will have passed, and you will be in the same bind you are in now.

The acquisition of additional income

Once your body is healthy and your mind is right (including your commitment to persist in this plan), you are ready for the first life-improving change. And that is the acquisition of additional income.

My argument is that you can’t get wealthy by investing alone. You must observe and if necessary curtail your spending, manage your money and allocate your investments wisely. Remember that you are trying to maintain a lifestyle without running out of money, which means you must also create extra income for yourself and your spouse. Whether that entails a job, a service, or development of specific skills (writing, photography, translation service, baby sitting, handi-work, seamstress, book keeping, concierge services, handicap transportation, shopping trips etc. etc.)
Bringing in extra income is the single most important way you can get rid of debt and become wealthy within seven years. It is the surest way you can get out of the financial pickle you are in and enjoy a comfortable, worry-free retirement.

Being 60-plus years old is not a problem. It’s an opportunity. You are older now, and that means you should be wiser. You should be able to use that wisdom to make good choices.