The Journey from Republic to Empire

When studying empire building, it becomes rapidly clear that there is no distinct line between republic and empire. It's more or less a natural progression. 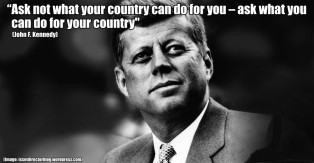 Today this is archived under Inspirational?

A country’s journey from Republic to Empire is a natural progression. No country starts out as an empire. Countries start out as relatively modest undertakings. Whether a monarchy, a dictatorship or a republic, the initial scope is limited in means and territory, mostly controlled by leading citizens, either through their influence on the autocrat or alternatively by shaping public opinion. It’s always private interests that shape the initial formation, whether or not backed by a web of ulterior motivations of the clergy, the aristocracy, the bourgeoisie, the bankers, the armed forces and finally the tax farmers.

Interesting is that when studying empire building, it becomes rapidly clear that there is no distinct line between republic and empire, or for that matter any other form of government. It’s a bit like sailing from the Arctic to Antarctica. While sailing you do not cross any marked lines that prepare you for upcoming headwinds, yet many influences and circumstances become decidedly different over the course of the journey. Of course in hindsight there are always certain snapshots that clearly mark turning points, but in general the journey from Republic to Empire goes mostly unnoticed to the untrained eye.

Growing up as a ‘kid of the sixties’ I despised the big brother control that comes with the empire, and even though I’m still not a fan, studying history has convinced me that empire building is an inevitable human desire. It comes with the territory, the nature of the beast, to use another vulgar justification of  our motives and the ultimate regrets that go with it.

In the infamous Roman Empire, Julius Ceasar was cut down by the right wing guards, the conservatives, who saw him as a dictator building his empire. The old guard wanted the Republic back, but didn’t face the fact that Romanization of the surrounding countries had been going on for almost 5 centuries, long before Julius was born.
By the time he became the Emperor, Rome had troops spread far beyond the Homeland, mostly around the Mediterranean and northwest to the North Sea, not unlike the USA today.
Ceasar’s successor Octavian (Augustus adopted the title imperator, instead of emperor, as he had no wish to stir up resentment among the republican partisans and follow the route of his uncle. His motto was: “Let the Empire evolve but don’t mention it”.

His speech writers could have been straight from the School of White House Alumnis as his inauguration speech carefully played to the old sentiments: “And now I give back the Republic into your keeping. The Laws, the troops, the treasury, the provinces are all restored to you. May you guard them worthily.” Historic words, even though the old republic existed no longer, other than in their dreams. Rome was an empire. Just as the US today is an empire.

The Revolution into a Roman Empire took centuries to accomplish. In America it took only 58 years (1913 – 1971) and wondrously enough, was hardly noticed by the people, because the changes have been neatly manipulated to appear gradual and mostly agreeable.

Even though several presidential predecessors had almost nonchalantly retired the US Constitution in the early years of Empire Building, it was John F. Kennedy who lectured the American population in his inaugural speech to “ask not what the country can do for you, but ask what you can do for your country,” acknowledging that the Republic was no more, as the Empire officially had stepped onto the world stage with a role that resides beyond the control of the citizens. With this speech the American public all at once found its government, which was constitutionally created to be ‘by, for and of the people’ way out in front of them. It was pretty much the defining moment when Americans became servants to its government and no longer its masters.

In the United States constitution it is expressly stated that the people are sovereign, not the government, but ever since those words were spoken and adopted by Americans as a shield of pride and patriotism, the Constitution became something not-quite-what-it was-meant-to-be.

The changes before and since have been gradual and generally agreeable. But we can not forget that the Constitution was written with the idea, that what people want in their private lives matters. That idea passed away when we moved inevitably and almost invisibly from a Republic to an Empire.
Empires are living things with a logic all their own. They are born from human desire, they will die from human over-reach. No one conquers without eventually being conquered. What goes up must come down and no bubble expands without eventually blowing up. History has seen the rise and fall of more than fifty empires concluding that there are no exceptions to that rule. As for timing: be aware that in most historic empires the years of rise match the years of fall surprisingly close.