The Journey into Paradise Begins

MaVynne Betsch was someone extraordinary. I asked my landlord about her and he had little to say besides MaVynne was in to all kinds of political stuff and some folks said she was crazy. I liked her already. I would watch her walk along the beach or sit in her beach chair for hours staring at the ocean. 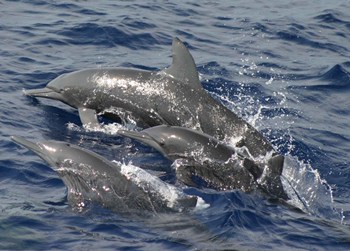 It is a fact that my memory is not on any particular timeline….that is to say that I recall these events that led me to Cumberland, and my journey into paradise, seemingly at random…or by means of some sensory trigger. I came to the coast a bit more than five years ago this being my sixth summer. I was working in the garden design industry in Atlanta where I was becoming increasingly irritated by the pollution of copycat artists taking credit for other people’s work; ego and money! I came to visit Rocky and April for a few days, we went to the beach and I was hooked. These wonderful friends invited me to live with them for a time to see if I could cotton to the lifestyle that the island had to offer. My friends at the time lived off island in the marshland where I camped for three weeks. It was like being in Scouts all over again.

After a time, I got settled into a job and moved to my first apartment, a tiny two room unit at American Beach. I had never really spent any time at the ocean. Growing up in Birmingham, our people generally went into the mountains to vacation. I was mesmerized by the water. From my apartment window directly across the street from the ocean, all I could see was water and a low lying dune. Lucky for me there was a vacant lot across the street so no obstructions to the view. I would spend most of my days and some of the nights strolling along the beach collecting treasures. It is funny how seashells enchant those normally or previously landlocked folks. When I was not on the beach I was standing in the window with the radio playing just watching the water. The first time I saw dolphins at play I had a small fit. I was actually struck with fear because of course I thought…SHARK!!!! Another fact about people from the hills…a fin is a fin and a fin means predator. I soon learned the difference in fins and swimming patterns in order to feel safe in and around the ocean. The dolphins were serene and beautiful and to this day I get excited when I see them. I have since witnessed their hunting prowess and learned to watch at low tide for their antics. I watched the birds of prey diving like lightning in to the ocean for their prey. I fell in love with the pelicans flying in cadence like a group of small pterodactyls.

On my first visit to American Beach I saw a tall exotic beauty from a distance. I learned that this was The Beach Lady. April informed me that a lot of people were weirded out by the Lady and that kids were told tall tales by parents who had other than nice things to say about her. Having lived in downtown Atlanta I had seen more than my share of strange and exotic people. For that matter, college exposed me to some real freakazoid robots, but to each his or her very own. After a couple of weeks living at the AB I finally found out just who this Beach Lady character really was.

MaVynne Betsch was someone extraordinary. I asked my landlord about her and he had little to say besides MaVynne was in to all kinds of political stuff and some folks said she was crazy. I liked her already. I would watch her walk along the beach or sit in her beach chair for hours staring at the ocean. For those of you who do not know of The Beach Lady she was a tall African American woman of beautiful brown skin. She wore her famous hair swept up high atop her head wrapped in what appeared to be fishing net adorned with all types of political buttons and fishing line complete with colorful floats and pieces of rope. To be honest I think she had something coming or going all the time. Her signature fingernails were long and pronounced but not nearly as much as they had been before I had the pleasure of meeting her. The history of MaVynne as I knew her, comes from her directly, but another good source is a book that I highly recommend. The book “American Beach…” by Russ Rymer, is a first hand account by a great author who spent a lot of time with MaVynne. I will return to this in a bit. Once I got over being shy and intimidated I introduced myself to MaVynne. I explained to her that I was the new kid at American Beach renting on the corner of Ocean and Burney. I explained to her that I was a gardener recently relocated from Atlanta. She absolutely beamed. The Lady had a kilowatt smile that shined for days. We began to visit now and again…talking about the palm trees and the sand dunes and the need for attention to be paid to the reality and history of American Beach.

One day in particular I looked out the window to see MaVynne getting ready to plant an Oleander. She had a five gallon bucket that she was filling at my apartment’s outside spigot. I hurried to get dressed and ran out to meet her. I asked her what she was up to……”Baby I’m gonna plant this little Oleander and you gotta help it grow. You make sure it gets enough water..” and so on went MaVynne. I loved that she called me baby…I in turn called her “Lovely” and our friendship was deepened. I would see her walking down the boardwalk in the summer with the children on vacation…likely bible school kids learning about the beach history and appreciating the ocean. I remember thinking how lucky those children were to be touring with MaVynne. 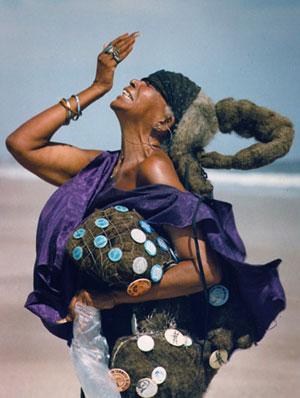 I began eventually to ask MaVynne more about her life and the things she had experienced. I had no idea how incredible she was. MaVynne was an accomplished diva here and in Europe. The book by Rymer gives thorough detail. I asked her about going through “the struggle” and how racism had affected her. I knew I was treading on sacred ground but she said “Baby I was on stage in Europe…I didn’t know the struggle.” I later read that it was the conditions here at home that brought her back from Europe. Many people know MaVynne Betsch….most of them so much better than I…..but I count myself blessed to have been granted the time we had. We talked a lot about the neighborhood and her heritage as heir to American Beach and the Afro Life Insurance Company. She funded Green Peace counter whaling ships and gave money to charities supporting environmental causes, likely the reason that so many people called her nuts. I loved that she was not attached to the regular trappings of society. Brilliant, incandescent MaVynne.

I eventually moved away from the neighborhood to live on Cumberland. I would still return every few weeks to go to the beach and get lunch at Gourmet Gourmet. MaVynne would often be watering the flowers at the sign that welcomes you to the AB. I would ask about the neighborhood and how she was doing….she always had the great beaming smile and never a negative word. “Lovely!!!…I would yell…and “Baby”!!! She would reply. We talked a bit about Cumberland. I asked her if she had gone over…..”Too many haints baby, too many haints…some bad bad things happened over there to those slaves” she said. But MaVynne loved the people who were my employers and those things had happened long before my friends were there.

One of my first days at Serendipity, the staff house for Greyfield, I laid by the window on my break form work and opened the Rymer book on American Beach. I was shocked to read in the acknowledgements that the author thanked Gogo and Retta amongst others for their support while researching for the book about the neighborhood from which I had just moved a few weeks before. I felt a great connection to American Beach thanks to MaVynne, and I was becoming more and more aware of just how wonderful life choice it had been for me to move to the island.

Some time later I had the benefit of an off day and I chose to stay on Cumberland. Going to the town on the mainland can be exhausting and a lot of the time staying “on island” was much more fun. I decided a beach day was the best course of action. I rode north to Duck House Trail and took the beach south toward the inn where I would lunch before continuing on my trail to explore the riverbank. I stopped Swoosh to look at the shells along the tide line. I found a nice whelk with vibrant color….just as I stood up I turned into a strong breeze blowing from the south…..I closed my eyes and felt giddy as I remembered MaVynne. One day she came upon me at the beach wearing a whelk around her neck. The direction of the shell’s opening was to the left which I am told is an abnormal growth pattern. MaVynne says to me as she laughed in that intoxicating jovial manner….”baby look at this shell…look close…this shell opens to the left…just like me,” Always the political activist that MaVynne! Her laughter made me feel like we were in on the same big joke….I certainly wanted to be.

A few days later I went to the mainland and to Gourmet Gourmet. My beautiful friend Stephanie asked me if I had heard that MaVynne had passed a few days before. I told her that I knew…..but I had not yet heard the news. I know that there are those who will laugh and balk, but I know MaVynne passed by me on the wind, it was the same day she died….the day I picked up that shell and heard her laughter on the breeze. I think it was her way of saying goodbye…at least until our next meeting.