The Museum of Me Experience

Most people don't know about nor understand the current advancements of technology. Try out Museum of Me and you'll get a glimpse. 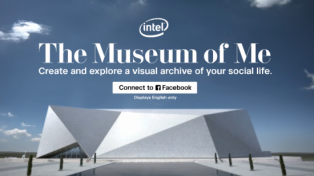 Find yourself in the Museum

In recent weeks I have been working on developing, redesigning and updating a substantial number of websites. Many of our clients understand the power of a good internet presence, would love to learn more about social media strategies and how to manage their time inside of the essentials…and some just want to have a business card or flyer on the world wide web, where they can send potential business interests to for reference.

Although I prefer not to stand on a soapbox to stress the importance of staying up with the progress of technology and the vigilance needed to protect your privacy, it is very clear that most people don’t know about nor understand the current advancements of technology.

Many have embraced Facebook as their virtual friendship base online, not knowing that behind the “monster”, a universe of other social media are entering the scene. Just when most people are slowly starting to adopt Facebook, Twitter and LinkedIn as the triumvirate of social regimen, others niche sites such as Posterous, Tumblr, Foursquare, Qik etc. are crawling out of the bushes.

To give you a quick overview on relevancy of social media sites ( I admit that there is some subjectivity involved in this) here is what’s showing on today’s Social Media Monitors:

Bebo: Launched in January 2005, Bebo was particularly popular outside of America and appealed to a younger audience. The social network hoped to distinguish itself from rival social networks through its development of original content. AOL acquired Bebo in March 2008 for $850 million, but sold it for less than $10 million just two years later. Since their purchase, Criterion Capital Partners has revamped and re-launched Bebo with new features.

Flickr: The popular photo and video sharing site launched out of Vancouver in 2004. Acquired by Yahoo! just one year later, Flickr grew into an online home for more than 51 million users and 5 billion images. But as Facebook and mobile photo services like Twitpic and Yfrog add options to the photo-sharing market, Flickr has seen a decline in their audience over the past two years. The site is far from dead, however, as accounts like The Official White House Photostream continue to drive traffic to Flickr.
In some ways, it’s returned to the purest version of itself – that is, a hub for photography enthusiasts. It never became the corporate marketing “outpost” some originally imagined.

StumbleUpon: The StumbleUpon toolbar is an in-browser “engine” that helps users discover new Websites and rate them based on their preferences. The service was founded in 2001 and grew to more than 2 million users before being sold to eBay in 2007. The founders have since reacquired the company and increased the service’s user base to nearly 13 million.
StumbleUpon has surged ahead of Facebook to account for 43% of all social media site referral traffic. The community remains prominent in the field of social bookmarking (along with sites like Reddit and Digg).

Digg: Digg is the original social news Website. It allows users to submit and “vote up” stories that interest them. A darling of the early Web 2.0 community, Digg repeatedly decided against selling, preferring to remain independent. Though it raised additional funding and released numerous new features, Digg has hemorrhaged users and talent, including founder and Silicon Valley superstar Kevin Rose, who left in March 2011. As services like Twitter help users consume news more efficiently, this downward trend is likely to continue.

Delicious: Delicious, a social bookmarking Website, was founded in 2003 and acquired by Yahoo! just two years later. Its easy interface and cloud-based approach to bookmarking made it one of the most popular online services of its time. After considerable drama surrounding its fate, Delicious was recently purchased and will become part of AVOS, an Internet venture started by YouTube founders Chad Hurley and Steve Chen. It’s unclear what will become of Delicious, though it has a sizable community pulling for it.

The Future is licking its chops

While all the social sites mentioned above have merits, most of them will perish or conform in the near future to the growing transparency in user appreciation.
Facebook is obviously big enough these days to stay on the forefront for quite a while longer. One fascinating application of all the information gathered in your personal Facebook account can be experienced on an Intel powered website called Museum of Me. Try it, you’ll be amazed (or disgusted) about the power of exposure. I tested it on myself and was quite pleased and intrigued. When you open the website, be sure to be logged into your Facebook account or else you will be prompted. After that the magic unfolds.

Video is growing by leaps and bounds, especially Live Video
Ustream, Livestream, Justin.tv, Qik, Vimeo and the slow rollout of youTube Live all point  towards the future of video on the internet. Some people may think it’s invasive, but I can see Jeannie at Lashem-n-Leavem or Vickie at Tangles Hair Salon, setting up a live camera on Justin.tv and show a customer’s circle of friends exactly what is going on. Honestly I have seen more boring shows on TV then watching my wife getting her hair done.

Then there are business enterprise social communication tools like Yammer and Chatter which apparently greatly increases corporate productivity, considering that more than 80% of Fortune 500 companies were using Yammer by the end of 2010.

Other high rolling social media sites are Social Question and Answer portals such as Quora and Focus. People have questions, and Quora and Focus are two of the top sites for both individuals and businesses to get answers. LinkedIn Answers and Facebook Questions are also part of this booming sector.

Obviously social gaming is huge…but since I do not engage in that sector, I can only give you the names of some of the top players such as the new Empire Avenue: a stock market simulation social game network. If that sounds like a mouthful, here’s a simpler explanation: It’s an online community where members buy (using faux currency, called “Eaves”) and sell virtual stock in real people and companies. The game makes use of all of the tried-and-true forms of social currency – badges, status tiers, shout-outs – to create a “sticky” community. It has been described as “FarmVille for professionals.”
Speaking of Zynga’s Farmville: it is said that one of the reasons Google+ was a brainchild partially based on the fact that many Facebook users consider game invites annoying (I am one of them; don’t invite me to games…please). Whether that differentiator is sufficient for Google+ to lure people away from the familiar blue halls of Facebook is, of course, anyone’s guess. Google however seems serious this time.

And the latest group of Social Media that are making it big are the deal-of-the-day Websites like Groupon and Living Social which feature discounted gift certificates usable at local or national companies. Groupon is the market leader in this popular economy driven sector, whereas LivingSocial offers more deals focused on travel and hospitality. Also LivingSocial’s daily deal “experiences” can be shared with friends for additional benefits.

Tomorrow I’ll highlight why blogposts (outposts) and content websites are continuing to grow exponentially and how you can organize yourself inside of the massive amount of information through a directional RSS Feed.