The Oil Spill and our Belief System

As our belief system dictates the stubborness in our opinions, facts about the oil spill have taken away some of my doomsday thinking. 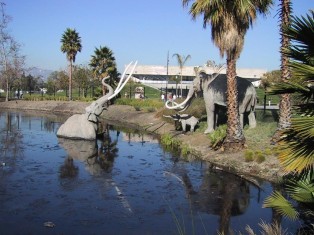 Oil Seepage is natural to the extent of 43 million gallons in the Gulf alone!

One of the more interesting studies done in recent times revealed an important human short coming in many different ways. The University of Michigan did a study into belief systems and even though we would think that what we know is accurate, and if presented with facts to the contrary of that belief, we will readily accept the truth as presented by facts. Well….no we don’t. It turns out that that is not what happens. We base our opinions on what we belief and if we’re presented by facts to the contrary, we adhere even more strongly to those beliefs, which is a good reason why partisan politics won’t change a thing.

Throughout my marketing career I have often been involved in studies that somehow touch on this phenomenon. One time we did a test with pound cake tasting, by having 12 women taste 5 different cakes, the only difference being that all insides of the cakes had different coloring substance. There was absolutely no difference in taste, yet I have never seen so many women spitting out cake! Except of course the traditional yellow. The azure blue, lime green, hard rose and even chocolate brown received a frantic NO as if poison had been introduced to their taste buds, the effect of which to be diminished by a gulp of water.
Their belief system overwhelmingly rejected the idea of a pound cake being anything other than yellow on the inside. This test was done in 1974, and of course over the years, a soft change has been detected.

Facts and Fiction in the Gulf

After this introduction I am going to leave you with a story I picked up from Casey Research that puts a very different twist on BP’s oil spill and the consequences. I would love to hear from you if it changes your approach and belief system to one of the hottest issues this year.

Dragging what was left of my body into the car for the drive home, I reflexively tuned my radio to BBC News and a story filed by a reporter covering the BP oil spill in the Gulf.
While I can’t recall the exact words of the report, I will do my best to recreate the baseline story.
•    (Sounds of boat motor)
•    As we arrive at Bird Nest Island in the Gulf, we are struck by the thousands of nesting birds. My guide today, Dudley Doright from the Department of Environmental Services, slowly circles the island, then points to a solitary pelican flapping its wings near the edge of the water.
•    “See him – there!” Dudley points out. “See how he’s holding his wings out? That’s a sign he has oil on him and is trying to dry his wings off. Which, of course, he can’t.”
•    After much discussion as to whether to attempt a rescue, which is tricky because Dudley and his team don’t want to disturb the many other nests around the afflicted pelican, they decide to act. And so, armed with nets, two boats slowly move in on the poor pelican. It tries to fly, but only manages to weakly scamper across the water due to the oil on its wings.
•    Eventually, the six workers in the two boats miss at their first attempt to capture the poor bird, but finally, success! He will be taken to a specially set-up marine rescue center where he’ll receive the best treatment and, hopefully, will soon be back among his fellow birds.

This is Robert Blather, reporting from the Gulf.

Now, I like birds as much as anyone, but if we lived in a world that was not completely gone mad, the story might have gone more like this.
•    (Sounds of boat motor)
•    As we arrive at Bird Nest Island in the Gulf, we are struck by the thousands of nesting birds. My guide today, Dudley Doright from the Department of Environmental Services, slowly circles the island, then points to a solitary pelican flapping its wings near the edge of the water.
•    “See him – there!” Dudley points out. “See how he’s holding his wings out? That’s a sign he has oil on him and is trying to dry his wings off. Which, of course, he can’t.”
•    “Too bad,” Dudley adds, “but, fortunately, it is just one out of thousands of birds. No reason to let him suffer.”
•    And with that, Dudley aims his 22-caliber rifle and pulls the trigger. BLAM!
•    “Jolly good shot,” I say, adding good-naturedly, “No wonder you Yanks won the Revolution.”
This is Robert Blather, reporting from the Gulf.

Not to be overly cavalier about the spill, but natural oil seepages are estimated to release over 43 million gallons into the Gulf every year.

Not only does the environment handle these seepages just fine, but according to mainstream scientists, the oil can actually be good for the health of the oceans.
Interestingly, given the clear intent to paint a tragic picture, even the BBC reporter couldn’t help but comment on how pristine the water in the Gulf was, even as close as the island was to “ground zero.” And the environmental officer honestly admitted that the narrow band of oil that could be seen on some of the rocks on the island was already in the process of degrading.
Meanwhile, elsewhere in the Gulf, after extensive testing of the fish, shrimps, and oysters, the State of Louisiana found no trace of contamination from the oil and so has reopened the Gulf to sport fishing, with commercial fishing soon to follow.

Personally, I’m tired of hearing all the usual environmental alarmists and Luddites making dire pronouncements about the destruction of the Gulf for all times.

Is the BP spill a problem? Of course. But is it the end of the world as we know it? Hardly.
Does it require massive new government interventions to assure it doesn’t happen again?

To get to a reasonable answer, ask yourself if other oil companies – and the companies that insure them – have any desire to suffer the same massive hit to their brand, and their finances, now being suffered by BP. If your answer is, “Of course not,” then you can bet, and bet big, that these companies will be extra careful to check their rigs and take additional measures to prevent a recurrence. Of course, that doesn’t mean they’ll succeed. After all, it’s not a perfect world, and another layer of government regulation is unlikely to prevent another spill.
And does it really make sense for the current administration to try and leverage the BP spill into a massive new body of energy legislation to “save the planet,” especially as much of the costs of such legislation will be borne by hard-pressed consumers and already struggling businesses?

To which I answer, “Oh the tangled webs we weave, when first we ask governments to relieve.”

Now, please, before you send me angry emails accusing me of being insensitive to the damage done by the spill, or accusing me of being “pro-BP”, let me make it clear that the shoe doesn’t fit on either charge. Based on numerous accounts, the oil giant hasn’t been exactly forth-coming on any number of fronts. They should, and will, pay a heavy price for the mess they have made. The scale of this catastrophe is pretty much in a class by itself – but I stand by my guns that this is not the end of the world as we know it, or anything close to that.

One much circulated article had it that the blown well could have triggered a mass extinction event – wiping much of humanity off the face of the earth. In my view, it’s time to dial back the doomsday predictions and view what’s going on purely from a scientific perspective. It’s bad, but once the well is capped, and it will be, I think we’ll all be surprised – and happy – at how quickly the hydrocarbons are reabsorbed into the environment.

Publisher’s Note: After checking some of the facts in this story, I had to adjust my belief system in some spots. Did you?