The Playing Field Has Changed Again

If 2011 is your year to gain financial independence by mastering the internet, our Five Days In January Bootcamp is your guaranteed step to accomplish that. 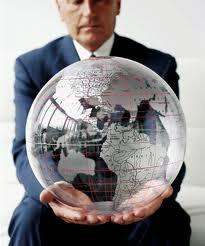 Online the World is your Marketplace

I was watching an exchange between MSNBC’s Rachel Maddow and Daily News’ Jon Stewart, when one of Jon’s observations hit me like a brick. He disagreed with Maddow on her statement that they were both in the same game of distributing news as entertainment. Stewart however considers himself “yelling from the stands“, while Maddow is operating on the Playing field.

With that observation I realized that news as a sellable item has come full circle. In the early days of exchange, news was an item in instant action, usually directly related to danger. Smoke signals, marathon man messengers, wild pony rides, news had an life threatening urgency. When the industrial revolution came about news expanded into longer term information. The telegraph challenged every horse and buggy or locomotive on their importance in the cycle of news, and the telephone took out the telegraph. Now that the phone has become digital the original media that brought us news have lost their relevance. Both Maddow and Stewart realize that they are not in the news business, because the essence of unbiased News is now Internet Territory, as in a 140 character newsbit on Twitter that says: G-20 in South Korea closed without decisions. That part was the news; what follows after that are nothing more than opinions, educated guesses and politically colored viewpoints, reporting to a specified audience if you like.

With the global internet speed, former “newspapers” try to maintain the resemblance of news distribution, but in essence their content boils down to triple time chewed and re-hashed opinions of events that were mostly covered with a ideological predisposition. I do regret that there are only a handful of former ‘news’papers left that have the financial ability to publish investigative reporting that may qualify as news.

But even though I have to admit that I hardly ever watch TV News or read a newspaper anymore, I’m still on information overload, caused by the thousands of information sites and immediate news sources that engulf me on the internet. Being bombarded with questions, statements, rumors and opinions about whether the economy is improving, or crashing, whether inflation is going to kill off our last nest eggs, should I buy gold or should I buy oil, or should I buy both. Where should I buy it? If the price of gold was $900 an ounce in August of 2009 and passed $1,400 an ounce last week, why do I pay $1,600 and am I buying a bubble run or will gold and silver go much higher? And if I buy, do I keep it at home, or at the bank and should I insure it? If I keep it in a bank depository, will Washington claim it like they did in 1933 and consider it an act of Patriotic Homeland Security for me to accept a useless dollar amount in return? What does it mean and who is right when issues like deleveraging and deflation projections for the next decade, attack my retirement nest egg?

Should I drink coffee, eat red meat and drink a glass of red wine or is it all just badly processed junk for my body? Is it safe to vacation in Mexico and what about the price for a European Vacation? What is a staycation? What?? Oh just staying home but visit a different local spot every day. How about an altercation…is that an alternative vacation?

In my ‘circle of friends’ we keep encouraging each other with the euphemistic expression “We’re living in interesting times”, and everyone enigmatically smiles as if it is old Chinese philosophy at the helm, guiding us through the rough times, always chanting Hope, Hope.

Crap! We’re living in dangerous times, escalating daily into the abyss of insecurity, desperation for many and most of all clueless on what the future will bring. The “experts” all have UNCHARTED WATERS in their daily vocabulary, as if that justifies all the terrible financial decisions made in the past twenty years of cheap money.

Never mind that I hold post graduate degrees in economics and marketing, have 35 years of experience in building and pioneering a great variety of businesses all over the world, not all of them successful mind you, and spend the better part of a work-day on the internet analyzing developments, decisions, opinions and global eco-political ramifications. I too, am often confused about where we are and where we’re going. But not by choice or free will.

The Principles of Big History

And when I am… I claw my way back to the Principles of Big History and go back to re-thinking the fundamentals of life and progress, with a deliberate allowance for technological advancements.

Why? Because Big History is a crash course in my connection to everything: earning a living, my family and friends, other people, the natural world, the rest of the cosmos. I find profound benefits in this increasingly larger perspective when I free it from the irony that our world has never been more interconnected, yet we typically define ourselves in the ways that divide us: national boundaries, culture, language, religion, race, education. We magnify ethnic and racial differences that in perspective are merely “storms in a glass of water,” isolated from time and distance.

The truth is that we are all united in the most profound ways, not just as a global community but as a cosmic one. -If you think this sounds a little like 1960’s Kumbaya, then it’s time to pull your head out of the sand and realize that it doesn’t make it any less true.-  Understanding the past allows us to think more clearly about the future. Understanding the cosmos is virtually impossible, considering that most people can now pronounce a Trillion dollar debt, but have no clue what the next step up from a trillion is called.

Embracing the Internet with Focus

With the advance of the internet, people with creativity now have a set of tools that can launch their ideas into a world of accepting niche markets.  With the internet our world has forever changed. Period.

Anyone who talks about measures of Protectionism, defies the fact that we now live in a Global structure. Good or bad, the entire world is from here on the playing field, the global market place. If you operate something as simple as an Ebay account, you’ll find yourself buying and selling to New Zealand, South Africa and all corners of the world. UPS, Fedex, DHL, the Postal Systems, they are all set up to ship and receive to and from the corners of the globe. If you don’t bury your head in the ignorant notion that only protectionism and patriotism are worth considering in your aim to have a prosperous, fulfilling and selfreliant life, you can make money all over the world, 24/7/365.

Fundamentals require an understanding that you, and only you, can define and count on to change your destiny. And your destiny is not served by chauvinistic emotions that blur the global realities. You’re better than that. Being a globalist does not preclude you from holding onto and respecting local, regional or national traditions, it just makes you aware that your financial and emotional future plays on a global level. That’s were your opportunities for independent wealth building and happiness lie. And guess what? For the time being and in the foreseeable future, the US dollar is still the world’s reserve currency and English the default language of choice. We’re still the nicest house in the neighborhood, even though we could benefit from a fresh coat of paint. For businesses and people who think their product(s) or service(s) are only applicable in a local market, they may want to rethink that thought based on some simple observations in my household:

• We are entering the Holiday Season and I’m looking forward to possibly receiving a repeat of last year’s gift of a Dutch Cheese Selection, ordered directly from Holland via the Internet.

• My stepson here on Amelia Island turned 25 last week and his girlfriend ordered him his 2 favorite pizzas from Ferraros Pizza in Racine Wisconsin, 1400 miles north of here!

• My apprentice just wrote and produced a downloadable book that holds a wealth of information on how to prepare and celebrate the holidays on a strict (frugal) budget, which will be available to the rest of the world on the Internet in a couple of days, together with videos on tasty recipes for inexpensive dishes. The cost? $7.95. In the store it would have to cost $29.95 and another tree would bite the dust.

• My wife just yelled from upstairs that she sold an Alligator belt to a guy in Romania who wrote her a thank you note because he got a deal at $84 plus shipping.

Oh yes I can continue until the sun comes up with examples of how the world is now our marketplace. In our household we have learned that we do not need to rely on any Government Services in financing the Golden Years. We have that part of our future solidly in our own hands.

If you’re ready to believe that, we can show and teach you in 5 days, how you too can conquer the world with your ideas and products. Consider signing up for our Five Days in January Bootcamp at Amelia Hotel at the Beach, where you will walk in as a novice and walk out with a fully operating website internet business, ready to guarantee you financial independence.

If you are interested in more information on the program, the dates and the cost, please fill out this form.