The Seven Wonders of the World

A beautiful message to share and appreciate before the Holiday Season once again will lure us into massive spending on "stuff" we don't need. 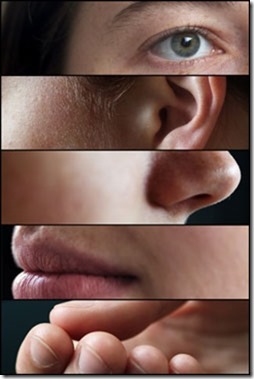 Six Senses and the Power to Combine them

We all grew up with a vague impression of what constituted the Seven Wonders of the World. From history and geography lessons we learned that Egypt’s Pyramids were somehow part of it and then there was the Grand Canyon and the Wall of China.

Some of us got confused between whether or not The Eiffel Tower was one of them and since the habit of naming the Seven Wonders of the World dated back to our early public school system, we were fairly certain the Panama Canal and Rome’s St.Pieter had been added at some point.

So when a teacher in the Netherlands in her annual quest for the Seven Wonders, asked her students to each make a list of 7 sites, the answers she collected back with few exceptions returned pretty much the same order as it has done for decades:

1. Egypt’s Pyramids
2. The Taj Mahal
3. The Grand Canyon
4. The Panama Canal
5. The Empire State Building
6. The St.Peter’s Basilica in Rome
7. The Great Wall of China

And while collecting the sheets the teacher noticed that one girl was still bent over her paper, so she asked if she could help her. “Well it’s difficult,” the student said, “there are so many wonders of the world.”

Okay said the teacher, up for a challenge that would take the class away from the obvious outcome: “Tell us what you’re thinking off and let’s see if we can help you value them as wonders of the world.”

The girl hesitantly replied: “Well I think the 7 Wonders of the World are:
1. Seeing
2. Hearing
3. Feeling
4. Tasting
5. Smelling
6. Smiling and
7. Loving

The entire class broke out in silence and deep consideration when she added: “All these ‘things’ are so simple and unassuming, that we too easily forget how magical they are.” The most valuable things in life cannot be built or bought.

Remembering my own experience some 55 years ago when classroom confronted with the results of the list for the Seven Wonders of the World, I recall asking: “why is the Grand Canyon on the list“. Not because it is not a magnificent panorama, but because I figured it was the only one on the list not man-made! My teacher had called it a smart observation. Looking back I wished I had had the wisdom of understanding life’s simplicity and beauty like this little girl.
A beautiful message to share and appreciate before the Holiday Season once again will lure us into massive spending on “stuff” we don’t need.