The Slow Demise of Postal Services

The United States Post Office is preparing to stop mail delivery on Saturday's as revenues keep shrinking. Classic case of prices up and service down. 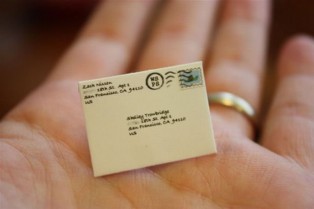 As the postal service is getting smaller....

“Did you get the mail”, my wife called from the porch when I walked into the house. Actually this is kind of a standing joke between us, because I never check the mail and she lives by it. I am completely technology based and think sending paper through a daily delivery service should be outlawed. And apparently I am not the only one as the United States Postal Service has been discovering for more than a decade now. The overwhelming popularity of electronic mail has certainly put a damper on things for them.

In a report titled “Delivering The Future: A Balanced Approached” the USPS reported that the volume of mail delivered has plummeted rapidly, from 213 billion pieces in 2007 to 177 billion pieces in 2009. Volume is expected to continue to fall to 150 billion pieces by the end of the decade. Personally I think that this projection is far too optimistic if the drop in 2 years time already was 36 billion pieces. As new generations kick into communication mode, most message exchanging ten years from now will be done over mobile connectivity. I don’t know any kids today that use the Postal Service while another consideration is the rapid decline of advertising pieces which in 2009 still accounted for $17.4 billion in revenues for the USPS and mailing of periodicals which accounted for 2 billion in revenues, together being almost 30% of the Post Office’s total revenue of $68 billion.

Now as a result and in preparation for a declining future, the USPS has proposed the elimination of regular Saturday mail delivery to street addresses as part of a comprehensive plan to ensure that it can continue to deliver affordable service to American people and businesses, while also reducing its significant carbon footprint.
As far as the mail delivery on Saturday is concerned, I came from the Netherlands 30 years ago and they had already stopped Saturday deliveries long before then. I vividly remember being happy not to have my weekends destroyed by a stack of bills delivered on Saturday.

As far as USPS reasoning on a diminishing carbon footprint, it ‘s more or less the small picture versus the big picture mistake. It may be nice that  the company is not the culprit of a heavy carbon footprint on Saturdays anymore, but in the big picture, the people that worked the trucks on Saturday are now engaged in other forms of carbon emissions, so claiming reduction as a result of Saturday street delivery saving anywhere from 315,000 to 503,000 metric tons of greenhouse gas emissions, is a little blindsighted in the bigger picture, something the state government in Utah found out last year when they brought the 5 day workweek back to 4 days.

In any case the Saturday measure is not anticipated before the middle of 2011 in preparation whereof the Postal Service will continue to work closely with customers to prepare for five-day delivery.