The Soothing Language of Faith and Fairy Tales

The reason why people hold on to beliefs and fairy tales rather than facts, boils down to one big issue. Society cannot handle uncertainty. 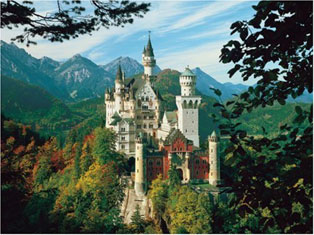 Fairy Tales won't Save the Day

The Language of faith and fairy tales will bring us closer to the edge of extinction. I overhear conversations on global warming, economic recessions, nuclear weapons in Iran and North Korea, whether or not Michael Jackson was killed and about a dozen other general purpose water cooler discussions and check out counter dialogues and what strikes me is the use of the word BELIEVE, as in I don’t believe in global warming, recession, devaluation of the dollar, buying gold or silver and a hundred other topics that have little to do with a belief system and a lot to do with facts, scientific or otherwise. Another often heard expression of denial is: “I don’t buy it.” The present day denial that somehow implies that we have a choice in leaving an issue like global warming on the shelf and walk out of the store empty-handed.

It proves to me what I have been claiming for years, even before Jack Nicholson as Colonel Jesep’s explosive: “You can’t handle the truth!” in the movie “A Few Good Men”.

But I’m with Colonel Jesep: “We can’t handle the truth!” We are immersed so deeply in the art of denial, that if global warming kicks us in the face, we instantly have all the excuses handy, drilled into us by successive governments and authoritative media to deny there is such thing happening.

We have swallowed such a belief in the market powers of Wall Street that in spite of all the negative economic indicators and unresolved issues around us, many of us are now joining the herd of 3rd wave investors that are trying to make a bear economy turn into a bull again, purely by the sheer power of believing the Spin doctors and market manipulators. You know what they say about the herd on Wall Street? They’ll take you for all your money. It’s like whining over the fact that Bernie Madoff didn’t want our pittance money to have him rip us off so let’s go into the market and let them rip us off.

It may be a good thing for Christians to put all their hopes in believing, but it won’t change the realities of global warming, economic depression, unemployment, loss of morals and so much more of what we once had an open mind for.

I read Steven Hamburg, chief scientist for the Environmental Defense Fund, he wrote, “The reason why people hold on to beliefs and fairy tales rather than facts, boils down to one big issue. Society cannot handle uncertainty. And science today is about balancing on uncertainty. We no longer understand how science works, how the scientific process moves. People want black and white. True or false. Climate science is too complex for that kind of binary thinking. But that doesn‚Äôt mean we don‚Äôt know that we are headed for catastrophe.‚Äù

I watch the cute but slightly overweight head of Obamas Environmental Protection Agency Lisa Jackson reluctantly answer Bill Maher’s questioning of the potable water situation in America and hope that her answer, “Yes, there is reason for concern” only pertains to some place far from where I live and will never have to travel to. But do I believe that reality? Do I buy it? Absolutely not. I’m not going to stick my head in the sand, because her concern is our health without a guarantee that something can be done to protect us. I know that the water filter systems in our water recycling efforts are not built to block the enormous variety of chemicals and pollution we carelessly dump into the reservoirs. Oh and in case you didn’t know, the water that goes down your toilet or bathtub is recycled to be¬† pumped back into your system.

I know and read that the quality of our water here on Amelia Island leaves a lot to be desired and is deteriorating slowly. I also know that the high tides on our beaches have re-drawn the coastline in the past 15 years. The North and South Poles are constantly losing ice masses to the oceans and the ocean levels are rising while the fresh water from the glaciers are desalinating the oceans bit by little bit, which in turn will change many other factors of life on earth and in the oceans. Will we experience the deluge? Maybe not, but look in the eyes of your child or your grand child and then say out loud, “I don’t buy it”.

From my gardener friends up north I hear that the dreaded Kudzu vine, so common to our southern climate shores are now a growing reality in Connecticut and Poison Ivy is taking over more and more of their gardens as a result of higher concentrations of CO2 in the air. Solutions are not a local option. But it’s discouraging to see how most people turn their back on the realities, just because it’s disturbing or they can’t handle the truth.

I have been a blue water sailor for most of my life and can honestly say that Mother Ocean is changing. She is more erratic than I have ever seen her and considering the amounts of toxic pollution we feed her, it’s no surprise.

It’s the same with economy and unemployment. Start a serious conversation and then watch how quickly people get disconnected from the reality. They desperately want to believe that everything’s going to be all right soon. People eagerly listen to the planted stories on Fox TV, the New York Times and so many other sources. Stories that tell them that soon everything will be alright again.

Well, I don’t believe it and I don’t buy it either.

I would rather buy gold than fairy tales about a dollar that will regain strength and once again become the world’s reserve currency. It won’t. I’d rather buy the reality of global warming and put action into play to reverse some of the damage and prevent further damage, than have faith that everything will be fine in the name of destiny and the name of God, because that is a position too many politicians have their eye on.