The Speed of Obamas Downfall

As Obama White House alienates yet another group of core voting support, pro choice groups are getting upset while conservatives are not happy either. 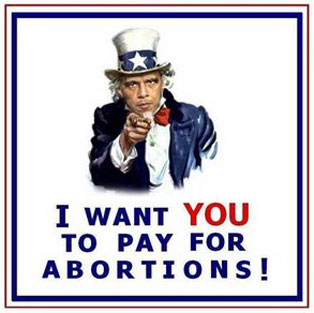 Reversed yet another election promise

It is amazing and at the same time somewhat frightening to see how Obama is torpedoing every “opportunity” to halt his rapid slide into oblivion.

As a writer I subscribe to a great number of newsletters from all walks of life to keep a finger on the pulse of society, economy, technology, philosophy and many other topics of interest. Without having a direct interest in the topic of pro-choice versus anti abortion, I have always been wondering about the influence of religion on politics, when it comes to the hotbed of pro choice discussions. Economically the pro choice option makes sense to me for those women who inadvertently or “irresponsibly” were impregnated and for whom medical or economical reasons are strongly in favor of seeking qualified and professionally performed abortion. Medically there are definitely a number of scenarios in favor of pro choice in my opinion, yet I also think it should not be a free for all situation, which I think it rarely is, considering the trauma of the experience itself.

Morally pro choice is an individual’s prerogative, not a collective. Obama turned on the pro choice people this week, by excluding coverage for abortion from the temporary health insurance pools. Outrage is obviously the result in those camps. Obama now made it a financial dilemma and both liberal and conservative America is not going to support either direction. Add this mistake to the polarizing immigration issues and Arizona’s dilemma on July 29, the ongoing Gulf Coast misery and moratorium on Drilling, enhanced by a economic double dip recession in the making and Wars without End in the Middle East… and November election predictions will become very  interesting if the following assessment from Pro Choice organization – NARAL holds ground. 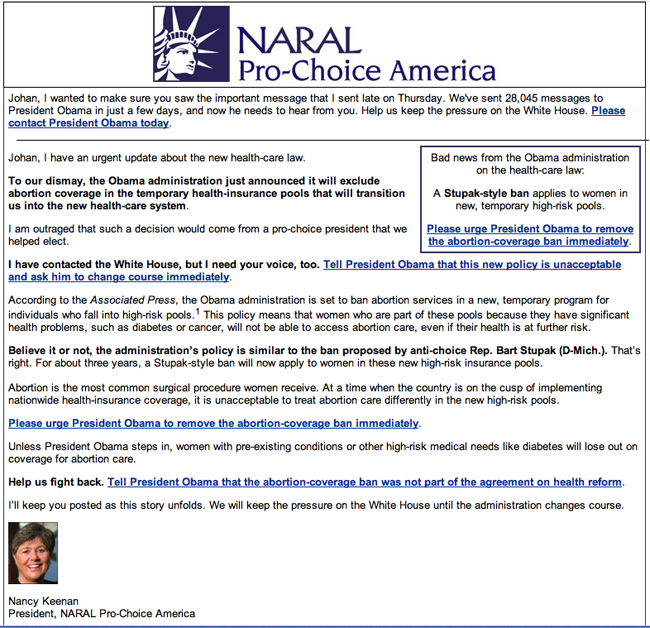