The Strain and Drain of Hidden 401k Fees

The DOL is working on proposals that would require those who give investment advice, to act in the best interests of future retirees, while also banning sales commissions. 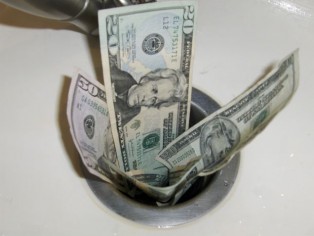 Concerned about the drain hidden fees in your 401(k) plan are extracting from your hard-earned retirement savings? Maybe you should be. Millions of Americans–and a lot of professional advisors–are talking about the hard-hitting Frontline exposé on retirement plans.  The PBS special, entitled “Retirement Gamble,” tells you a lot of things you already know: that corporations have offloaded the decision-making for retirement portfolios on their (not always financially sophisticated) employees, but provided virtually no guidance.  The 2008 market crash wiped out investors who had naively put their entire retirement savings in stocks and then sold out at the bottom in a panic.  Just 14% of Americans are confident that they have saved enough to live comfortably in retirement.

The special report includes a few details that are likely to be shocking to many non-experts, including the fact that 401(k) plans are not provided for free, as many participants believe, and some plans were set up by the mutual fund and brokerage companies who (no surprise here) populate it with their own funds and triple-dip, charging fees for managing the account, and more fees for managing the funds, plus commissions for selling the funds to those naive plan participants.  We learn what many professionals already know: that some people pay ten times more in fees drained out of their retirement plan than others.  Vanguard founder Jack Bogle, who is charming, telegenic, and a big believer in index funds is interviewed extensively.

Interestingly, the PBS report doesn’t mention that help may be on the way.  The U.S. Department of Labor, which sets the regulations for corporate retirement plans, has mandated that all retirement plans disclose, in writing, the various costs and fees that are being charged to plan participants.  These disclosures are now starting to show up in performance statements, and some believe that these rays of sunlight will eventually eliminate the self-dealing and high fees that were exposed in prime time.

The DOL is working on proposals that would require those who give investment advice to plan participants to act in the best interests of the future retirees, and the proposal is expected to ban sales commissions.  The requirement–known as a fiduciary standard, or putting the client’s interest first–would extend to the IRA accounts that receive the rollover funds from 401(k) and other retirement plans.

Nobody should be surprised that the brokerage industry is lobbying furiously against these proposals, which has caused several delays and at least one incident where the Department of Labor shelved a proposal for “further study” to explore the economic impact on brokerage firms and consumers.

Will the new rules ever be enacted?

Sales agents failed to stop the disclosure rules from passage, so their lobbying power is not unlimited.  And few unbiased parties would argue with the idea that people receiving advice should be given unconflicted advice, and that sales people should openly disclose the fact that they’re selling rather than advising.  The Frontline special, showing millions of people how much money has been siphoned out of their retirement accounts into the pockets of larger financial services firms, should help the Department of Labor resist the big moneyed opposition to its efforts to do the right thing for retirees.