Many financial advisors are beginning to realize that planning for a tax-efficient retirement is more complicated than previously realized. 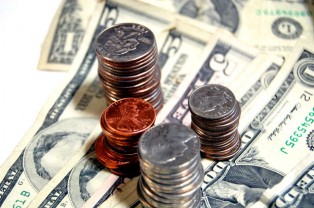 Why would anybody pay taxes when they really don’t have to?
This is a question that financial advisors are hearing from their retired clients, who are taking their living expenses out of taxable and tax-deferred accounts like IRAs.

The whole idea of tax planning during retirement is a relatively new one in financial planning circles, and it has created some debates.  No doubt you’ve heard the conventional wisdom from magazines and online web commentators: when you retire, take money out of your taxable accounts first, which allows the money in your conventional IRA and Roth IRA to compound on a tax-free basis for the longest possible time.

When the taxable account finally runs out, start taking money out of your conventional IRA, which will cause you to pay ordinary income taxes, and let the money compound in the Roth IRA.  If there’s any money left over, the Roth IRA is the best vehicle to pass investment assets on to heirs, since the money won’t be taxed when it is taken in distributions that can be deferred over their lifetime.

The conventional wisdom, alas, is much better in theory than in actual practice.

If you take all your income out of taxable accounts, you might end up in a 10% (less than $8,925 in taxable income) or 15% (less than $36,250) marginal tax bracket.  What’s wrong with that?  Retirees who have a significant amount of money in their IRA–and who are growing that pool of assets during the first decade of retirement–will have to start taking mandatory distributions at age 70 1/2, even if they don’t need the income.  Those distributions could push them into significantly higher tax brackets.  And the tax brackets in the future might possibly be higher than they are today.

Raise your hand if you think tax rates are going to go down in the next 10-15 years.  That question was recently posed by an industry speaker to an audience of tax experts and senior financial advisors, and very few hands went up.

Another problem is that retirees who are working with a financial advisor will have very different investments inside and outside their IRA accounts.  Depleting the taxable account first means, for them, selling their stocks first, leaving them with a portfolio comprised mainly of real estate investment trusts, bond funds and commodities futures funds during their later years–which basically means they will fail to get the full benefits of diversification and rebalancing.

A better approach is to gradually let some of the air out of the IRA in the years before mandatory distributions come due–at the lowest possible tax rates.  That might mean taking out enough IRA money to offset your standard deduction and personal exemption and fill up the 15% tax bracket, meanwhile taking the rest of your living expenses from the taxable account.  Paying at a 15% rate today could mean not paying at a 28% or 33%–or higher, depending on the whims of Congress–rate in the future.

Alternatively, for people who don’t need the income, you could make a partial conversion of assets from the IRA account to a Roth IRA–just enough to offset the various deductions and fill up that 15% bracket.  You pay taxes on some of those converted assets at 15% today in order to avoid any future taxation on them down the road.  Since Roth IRAs don’t have any mandatory distributions for the original owner, you’re free to take the money out tax-free or not as you desire in the later retirement years–or leave that money to your heirs.

An advisor who looks at the retiree’s total tax picture might also use your lower tax bracket to sell some stocks that have significant appreciation, taking the capital gains at a 10% rate, and avoiding a 20% or 23.8% (if the Medicare tax is applicable) tax rate if the asset were sold when mandatory distributions are pushing you into the upper brackets.

So the answer to the question: “Why would anybody pay taxes when they don’t have to?” is simple: When they can pay at a lower rate today than they would have to pay in the future, or when they can pay at a low rate today and avoid all future taxation on those assets altogether. Every situation is different, every year is different for every situation, and many professional advisors are beginning to realize that planning for a tax-efficient retirement is more complicated than most of us realized.  But careful planning can also be more beneficial for people who want to get the most value out of their retirement assets.