The Waymores Come to Amelia Island

Three of the best performing songwriters in the world are coming to Amelia Island! 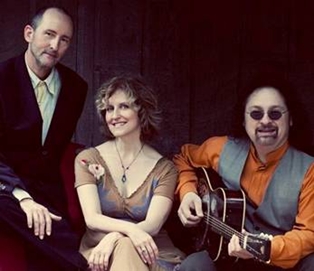 Three of the best performing songwriters in the world are coming to Amelia Island!

WHAT: “An Evening of Story & Song” with THE WAYMORES, three of the best performing songwriters in the world! Together, The Waymores dish up a dash of The Wilburys, a splash of Alison Krauss, and a sprinkle of Beatles – a delicious blend of contemporary folk, retro pop and old school country that is both unique and familiar.

WHO: Grammy Award winner DON HENRY’s songs have been recorded by Ray Charles, Patti Page, Conway Twitty, Kathy Mattea and dozens of other great artists… but they shine brightest when sung by the artist who wrote them. Long appreciated as one of Nashville’s finest singer-songwriters, Don is revered by fans, critics and peers alike for being one of the most inspiring, entertaining and funny artists you are ever likely to see and hear.

Whether in her own hands or those of hit artists like Martina McBride or Lee Ann Womack, SALLY BARRIS’s music makes an indelible impression. And while her writing credits mightily impress—her songs have been covered by Trisha Yearwood & Keith Urban, John Michael Montgomery, Kathy Mattea and many others—fans and peers are most captivated by her bright spirit and high mountain soprano.