There is No Such Thing as a Free Lunch

Thoughts about the government and precious metals 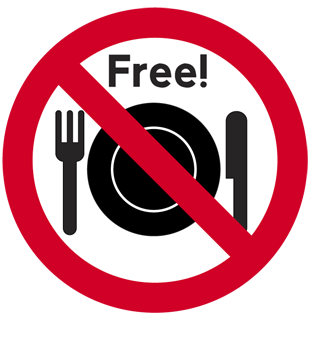 In case you’ve been under a rock for the past week fellow Fernandinians, the buyers just won the “battle for $1,000 gold.” During Tuesday’s trading, gold reached $1,043 ounce… which surpasses its March 2008 high. So what’s really driving this breakout? Once again, I remind you, “There ain’t no such thing as a free lunch.”

To pay for all sorts of bailouts, wars, stimulus packages, cash for clunkers, and welfare programs, governments have to borrow lots of money. They even create a little out of thin air to help foot the bill. When they do this, they dilute the value of their paper currencies. Gold and silver are sort of “anti-currencies,” ¬†and are where smart investors flock when this government stupidity gets a little too stupid.

Is gold too popular right now? Probably. But governments know that promising “bailouts for everyone” is how to get elected and stay elected. And as old man gold and his new high reminds us, there just ain’t no such thing as a free lunch. Long-term, gold is headed higher.

Tighter credit and higher taxes are the only ways to fix our still struggling and debt-ridden economy, is what former Federal Reserve Chairman Alan Greenspan told Bloomberg News this week. Well there is another story about credit posted today. It looks pretty much like we the people are being taken for a ride into the abyss.

“The presumption that we’re going to be able to resolve this without significant increases in taxes is unrealistic,” he said. Greenspan also foresees Congress enacting some form of consumption tax to help reduce the deficit.

“Gold is acting like the ultimate currency,” said Chip Hanlon, president of Delta Global Advisors Inc. in Huntington Beach, California. “Central banks are following the same monetary course and trying to stimulate and inflate their way back to growth. Everyone’s concerned about the dollar but it’s not like you can hate the dollar and fall in love with the euro or the yen.”