There Oughta be a Law 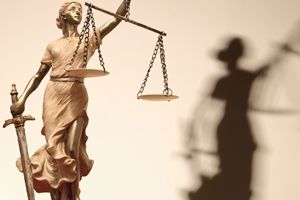 It's a crime to "toast" your wedding or play "fetch" with your dog on the beach.

We love to receive local opinion pieces and Eric Childers sent us his “Letter to the Editor” that was printed in the News-Leader, March 25, 2010, when he was the Vice Mayor of Fernandina Beach.

Now, that’s not enough, “let’s not allow anyone to drive or park anywhere on any beach,” it’s a danger to pedestrians and the environment. I think four-tenths of a mile of beach parking at Peters Point is acceptable. It may seem trivial, but over 25 years, beach driving has been all but eliminated, our children and grandchildren will never enjoy the freedom we enjoyed as young adults. If the trend continues, seniors who can drive onto the beach with their chairs, umbrellas, coolers and grills will no longer be able to do so.

The city skate-park is closed unless there is a supervising city employee present. Will the city basketball or tennis courts be next? Let’s open the park without supervision from dawn to dusk. If you believe your kids should be supervised, supervise them.

What’s next?
Dogs. A few people fail to exercise common courtesy and we hear the cry “there oughta be a law,” let’s ban all dogs from the beach!

What about the 90 percent of responsible dog owners? Why not turn North End Park into a “free” ocean side dog park where humans and dogs alike can enjoy the freedom of socializing with other dogs in a leash-free environment.

Recently, one citizen wrote:
“Why do you allow people to ride 1,000-pound horses down the beach – they put in at Peters Point Park and head north every time, all the way to the pier? This is solely inside the city limits and through some of the most congested beaches. Don’t you and the other commissioners realize the liability of one of these horses being spooked by a dog and either throwing the rider or, worse yet, trampling some little kid? There are probably only 10 to 20 people who even own horses here. The people who ride them on the beach are the same ones every time. So by banishing horseback riding on the beach, you are protecting the public while inconveniencing a few.”

Will we hear the battle cry again? “There oughta be a law” outlawing horseback riding on the beach? After all, we’re protecting the public and only “inconveniencing a few.”

Next, someone is hurt or killed by a careless surfer; so “there oughta be a law” banning surfboards; after all, we’re protecting the public and only “inconveniencing a few”?

Then someone is bitten by a shark, a fisherman is blamed for using live bait or someone steps on a hook or loses an eye, hooked by someone casting a line – “There oughta be a law”?

What about holes dug in the sand by children? Should sandcastles be outlawed to prevent falls and protect the public?

Sound farfetched? I don’t think so, just read the recent letters to the editor and keep in mind it’s a crime to “toast” your wedding or play “fetch” with your dog on the beach. One principle our country was founded on, the principle of protecting the few from the majority, is all but forgotten. Are we so bitter as a nation that we are willing to infringe on these simple liberties because of accidents or inconsiderate people? Civil liberties are always taken away quietly, slowly, one at a time and usually inconveniencing “just a few.” While some of these examples are, admittedly, extreme, the net effect: everyone eventually falls victim to this mentality and we all suffer, our society suffers.

I’m not saying that all social legislation is bad, the “noise ordinance” is an example. If you look closely, a police officer will make the determination whether an infraction has occurred; and why not, we trust them to carry guns and make a split-second “life and death” decision; surely they can decide if “noise” is creating a public nuisance.

As a kid I was taught America is a “melting pot.” When did that change? I believe it is each of our responsibility to embrace and nurture our individuality, uniqueness, diversity and personal liberties rather than forcing compliance to the vocal minority. Locally, only about 20 percent bother to vote. The rest of us are either happy with the way things are or are so frustrated we don’t bother. There is a solution: Get involved, review your representative’s records and positions on upcoming issues, call, e-mail or write your local, state and federal representatives, come to City Hall, go to the county commission meetings and speak your mind and, most importantly, vote.

It’s a relatively small price to pay but without you, the vocal minority will prevail. “There oughta be a law.”