Volkswagen Beetle's successor, "The Turtle" is a hybrid that drives on water and gasoline. It was spotted coming out of the marshes at Oyster Bay Yacht Club last week. 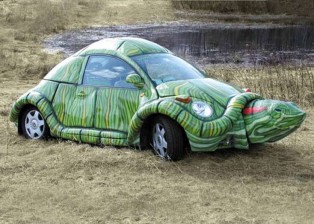 I thought Turtle Season was over

In a week of going through probably close to 2,500 emails and hours of newsletters, daily there is something I’d like to share with you that doesn’t have enough meat for a complete story or is so embryonic in its development that I put it aside in a folder that says “potential story”.

I have been doing this for a while now and always catch myself discarding the outlines after a while, even though the story clearly had potential. This morning when I did my beach walk I noticed 2 new turtle nests right at “my” beach access and wondered if even turtles are confused these days. I could swear that I read somewhere that Turtles come to our beaches in early June, lay their eggs, which will hatch about 6 weeks later, which would be right around now?!  So, as the timeline sometimes runs out on a potential story, I decided while preparing my archives for the coming week, to let you in on these inserts and rather than putting them in the trash, let you decide for yourself if it is worth your time.

here is one I would title: “There is no more hunger in Japan”

Watch this kid turning pictured hamburgers into real edible Big Macs. Check how his bite out of the bun is missing when he puts it back up on the poster!

Or how about Martin Luther King’s Famous ” I have a dream” put on autotuning. Funny as all get out!

Since I’m riding my bike daily I have had several remarks on wearing a helmet and granted, considering how motorists treat us cyclists, there is a solid consideration at work. Now if chief Hurley can design a Helmet Hug campaign like in this video, I will one day soon wear a helmet, no doubt, even though I still think it is a personal decision to wear one.

And to finish off today’s episode, the picture on the left came from Arizona which will see its new immigration law go into effect coming Thursday the 29th of July. They are looking for more border patrol volunteer groups and ….

the last picture just gives me a warm and fuzzy feeling when I see the North Korean political and military elite laughing at something and I can’t help myself thinking: Wow, and these people are part of the Axis of Evil? Mmmm. 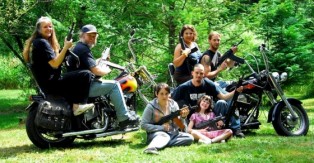 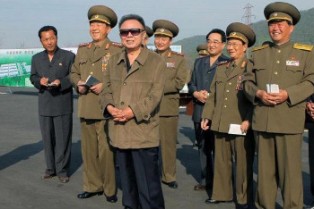 North Korea and the Axis of Evil?