Choose quality over quantity, learn to say no and connect the dots of your life's experiences, the fundamentals of success. 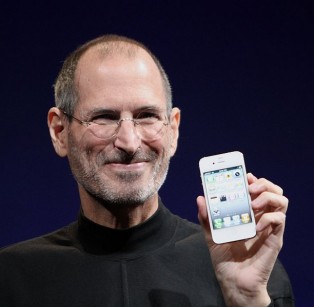 4 Products are the Basis for Technology's Most Valuable Company

With the recent passing of Apple CEO Steve Jobs, I wanted to share three of his ideas that you may find helpful. Steve Jobs’ business career is remarkable by any standard. His ability to go from boy wonder co-founder of Apple Computer, to Chairman and CEO of Pixar, to the largest individual shareholder of The Walt Disney Company, to ousted executive who returned to save Apple and turn it into a seemingly unbeatable brand, is simply amazing. While he made plenty of mistakes in his youth, he matured into a very successful businessman with some insightful thoughts on success. Here are three of his ideas worth sharing:

Over time, all of us have incredible life experiences – some positive, and some not. Regardless of the outcome, they ultimately shaped the person you are today. Everything that has happened to you in your past has the ability to positively affect you in the present – if you connect the dots.

At a 2005 Commencement address at Stanford University, Jobs told a story about how on a whim, he dropped in on a calligraphy class while attending Reed College back in the early 1970s. At the time, he found the class utterly fascinating, but totally useless. It wasn’t until 10 years later, when he was designing the Macintosh computer, that he was able to connect the dots. The result: the Macintosh became the first computer with beautiful typography and it became a huge hit in the desktop publishing industry.

Think for a moment about some of your life experiences. What lessons have you learned? What stories can you create from these lessons that you can share with your family, friends, or business associates? Stories are one of the best ways to connect with people so consider connecting the dots of your life experiences and turn them into a meaningful message.

There is no shortage of opportunities in life. However, there is often a shortage of conviction. Rather than trying a little bit of everything and successfully completing nothing, Jobs did the opposite. He was an obsessive focuser on a small number of things that were truly important to him.

Apple sells essentially just four products: the Macintosh computer, the iPod, the iPhone, and the iPad. With just four main product lines, Jobs led Apple to the world’s most valuable company with a $350 billion market value, according to The Wall Street Journal. Despite the temptation, Jobs resisted the call to offer a multitude of lower-end products and milk the company’s great brand. He said, “It’s only by saying no that you can concentrate on the things that are really important.”

Ask yourself, what can you say, “No” to in your personal or business life so you have room to say “Yes” with complete conviction to something else that’s more important?

At Pixar, where Jobs built the firm from peanuts into a company that he sold to The Walt Disney Company for $7.4 billion, there is no 80/20 rule. It’s more like the rule of 100—every effort gets 100 percent support. Accordingly, Pixar delivered an average of only one movie every 18 months; a weak pace by major movie studio standards. However, the result was anything but weak. Pixar has generated more than $7.0 billion in worldwide box office receipts since 1995 – and they’ve had no bombs, according to The Numbers. 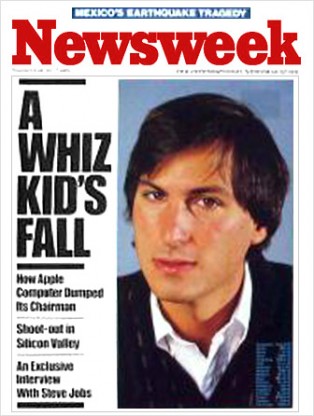 In 1985 Newsweek dropped the Curtain on Steve Jobs

Like Pixar, life is not about quantity. It’s about quality. When you spend more time focusing on quality – such as in relationships – life satisfaction will multiply.

In a 2004 BusinessWeek interview, Jobs reflected on his personal growth that resulted from successfully bouncing back from cancer. He said, “I realized that I loved my life. I really do. I’ve got the greatest family in the world, and I’ve got my work. I love my family, and I love running Apple, and I love Pixar. And I get to do that. I’m very lucky.”

By following these simple ideas – connecting the dots, saying no to the unimportant and focusing on quality, not quantity – you, too, can end up with a life you love. Do that and you’ll be one of the lucky few in this life who can look back at the end of their days and say with great conviction, “It was a life well lived.”

Rest in peace, Mr. Jobs. You have indeed, “Put a ding in the universe.”