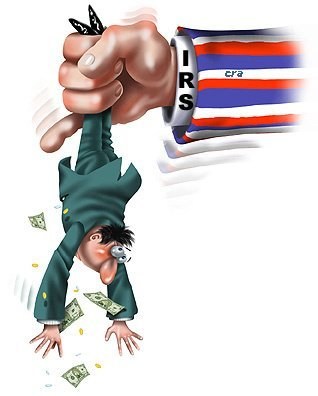 In April, total stimulus from the federal government to the personal sector, in the form of tax reduction and increased benefits, came to $121 billion at an annual rate. But that month, in nominal terms, consumer spending raised the grand total of $1 billion. Then we found out on Friday that in May, the total stimulus from the Obama economics team came to $163 billion at an annual rate, and consumer spending increased by a measly $25 billion (again at an annual rate). The big story is that the personal savings rate surged again to a new 16-year high of 6.9% from 5.6% in April and 4.3% in March. This is a repeat of the fiscal impact from the tax relief a year ago when the savings rate jumped from 0.2% in March 2008 to 4.8% in May 2008. This is what economists refer to as “Ricardian equivalence” ‚Äî the money from Uncle Sam goes into the coffee can instead of being used to buy more coffee.

So let’s get this straight, the future taxpayer is being asked to contribute to a policy today that is aimed at perpetuating a consumer cycle ‚Äî and yet for every dollar that is coming out of Washington to support a 70% consumption/GDP ratio, it is getting barely more than 8 cents worth of new spending activity. In real terms, as was the case with the tax rebates of just over a year ago, the real impact is on the savings rate, and it is very clear that not even the most aggressive monetary and fiscal policy since the 1930s is going to stop consumer spending in volume terms from rolling over in the second quarter.

Because of the aggressive stimulus out of Washington, personal income managed to jump 1.4% in May. But remember that the government does not create income or wealth, it merely redistributes them. One of the ingredients of the recession call is real personal income excluding government transfers and this metric dipped at a 0.2% annual rate in May and is still down at a 2.0% rate over the last three months. Tape and glue can only last for so long. What we do know is what the consumer does look like stripped down to the waist, and it’s not a pretty picture. Wages and salaries fell at a 1.6% annual rate in May and are either flat or down for nine months in a row. The YoY trend is now -1.1%, which is the most that organic wages have deflated by since the data were first collected 50 years ago. Not good my friends, not good.