Tourists: You are Hereby Notified – Beach Items are Considered Litter 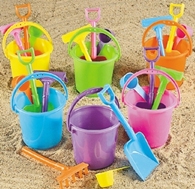 City Manager Michael Czymbor has requested that property managers along the beaches inform their guests that beach and picnic items left overnight on the beaches are considered litter and will be treated as such. A number of local complaints has prompted attention from local officials to enforce city code Section 90-41, which basically states ‚Äúanything left unattended‚Äù. Now of course, this broad definition would include just about anything left on the beach. This will spark controversy because our City Attorney has offered the suggestion of re-writing the ordinance, or posting notices on the items warning that they will be disposed of if not removed. Currently, our local government is spending $94,998 to a private contractor for beach clean up.