Our socially protected upbringing will be rattled at the core of its foundation rendering Rating systems such as PG, PG-13, PG-17, R, M and Rated-X for movies and documentaries a farce compared to what will enter our lives via online television such as YouTube, DailyMotion, HULU, and many more that will sprout up from all these "Live-feeds". 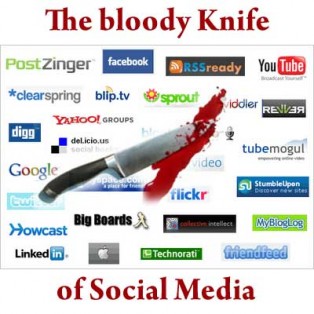 Birthday Twins find out about their teen brother’s death on Facebook. Social Media is by far outpacing the speed of the traditional media,  police and emergency networks and this should give us reason to rethink how news enters our lives.

The shock these two girls endured to find out on their early morning Facebook wall in search for the first happy birthday wishes no one really can imagine. Instead of finding happy birthday wishes, the  twins found messages of “RIP Bobby” (their brother) and “RIP Chris Naylor” (a friend of his) all across their Facebook news feeds. Completely shocked, baffled, and hurt, the two rang their brother’s phone in the hopes it was a mistake. It was to no avail.

Next, they rang their mother. While she didn’t receive any word from the police or others about Bobby or Chris Naylor, she did know that Bobby was with his friend that night. After a call to the police, they confirmed what they had learned on Facebook: that Bobby Vourlis was dead. He passed away along with Chris Naylor in a fatal car accident that also took the life of a third teenage passenger.

You can read the whole heartbreaking story over at the Daily Telegraph, but it’s clear that the real-time nature of the web spread information far faster than even the police or phone calls could. While we understand it takes time to identify victims and send an officer to a residence to inform family of the news, the process can simply take too long in today’s world.

Our sympathy goes out to the families that got such a rude awakening.

Will this be an incidental occurrence?

It is clear that we have to rethink the old school notification process, yet there is simply no way to halt the shear instantaneous new feeds via the internet. The process of “live crime in action” and “reporting while the news unfolds” with mobile technology increasingly providing us text messaging, micro blogging via Twitter and very soon live video streaming becoming available to the masses where unaltered and unedited news will spread like a wildfire in all of its extreme graphical content.

Our socially protected upbringing will be rattled at the core of its foundation rendering Rating systems such as PG, PG-13, PG-17, R, M and Rated-X for movies and documentaries a farce compared to what will enter our lives via online television such as YouTube, DailyMotion, HULU, and many more that will sprout up from all these soon to come “Live-feeds”.

It is high time that we start thinking in realistic terms how our society deals with this ever increasing speed of news spread and as a side effect the “unrated version” becoming mainstream reality TV.

Can we ban or block out the “Uncut” Rated-R version?

I’m afraid that our 15 year long Ostrich policy by living in denial about the shear spread of acceptance of the internet as a prime news source has put us all in a disadvantage in even slowing down the process. Slowing down technological developments is not something we want to encourage at this crucial time in an economic crisis as it could very well be the glue that will hold people and nations together and prevention of acting out desperate deeds. The Internet will be the watchdog stopping heads of state to push buttons they should not have been given access to in the first place, but we must live with these realities. Like the reality of “the button” we will have to live by new standards that will show the unrated versions in all of its gory details. We better get used to this, because it will not go away.

There’s a historical note to all of this: “The tighter societies pull on the leash with restrictive and protective measures the more vicious the reality of life will shock us.