Traveling to Muslim Countries During Ramadan

If you plan to travel to Muslim countries during Ramadan, there are a few things you should know. 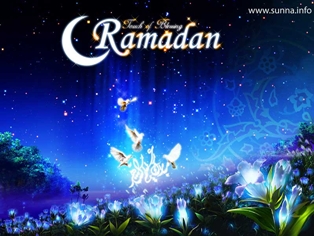 If you plan to travel to Muslim countries during Ramadan, there are a few things you should know. Ramadan is the ninth month in Arabian culture and the Islamic calendar, which is celebrated several days earlier each year because the calendar is based on the phases of the moon.

This month of fasting during daylight hours also includes restrictions from drink and sex from dawn until sunset, and more prayer than usual. Similar to the Jewish practice of Yom Kippur.

Fasting symbolizes empathy for those who go hungry. The month is dedicated to avoiding what they consider obscene sights and sounds. This practice of self discipline encourages reading the entire Qur’an during the month.

Some groups are exempt from fasting including children, the unhealthy, pregnant or nursing women and those who are traveling. Instead some of these groups must feed the poor or make up for the days of fasting that are missed.

If you travel to Muslim countries during Ramadan, be forewarned that food and drink may be difficult to find during the day. Tourists are also encouraged to avoid drinking, smoking and eating in public during daylight hours in respect of this practice and to partake in private where they cannot be seen by Muslims.

Some countries are more strict than others. According to 4SomaliWomen.com “Keep in mind that in some countries like the United Arab Emirates and Qatar it is illegal to eat, drink, or smoke in public during Ramadan. In other places, like Turkey, many restaurants will be open (varies by city), however they might not serve alcohol for the length of Ramadan. Turkey Travel Planner points out that while it is not illegal, it is Impolite too eat, drink and smoke in public or around those fasting.”

To help understand more about Ramadan and what is means to Muslims, I found this Egyption press release very enlightning.

If you have news or information that you would like to share, please send it to us by clicking here.