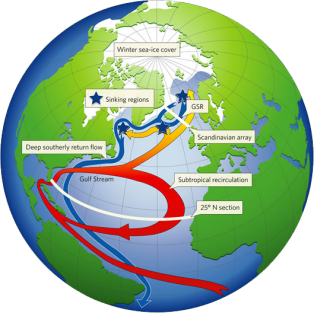 With growing interest I was reading another alarm story about hurricanes and tropical storms potentially hitting the Jacksonville area. I sometimes wonder what has come over this nation that fear mongering is now a favorite pastime. What’s more, the article which came in my inbox from Jacksonville.com (which I applaud and admire) kept talking about the real chance of Jacksonville getting hit by a category 5 hurricane and the enormous potential damage it could do.

Having been through seven hurricanes of category 3 to 5 plus (Hugo and Gilbert were the worst) in my twenty years on Caribbean Islands, I know what a Category 5 can do to your health and livelihood and living at about 100 yards from the ocean here on Amelia Island, a fair warning is enough to catch my attention.

So I took some time to find out the real historical strike picture of hurricanes in this area, remembering the “panic” tropical storm Faye brought about the community two years ago. We were filming right at the leeward side of Sliders Restaurant. Here is the video.

Anyway here are some of the facts about tropical systems having affected the area. Now mind you, statistics tell you that since 1871, the area has seen 46 tropical systems coming by in some degree of intensity.

Since 1950 there were 11 named storms which included Easy, Donna, Cleo, Dora, Gladys, David, Isadore, Chris, Gordon, Tammy and in 2008 Fay. None of these hit Jacksonville, Jacksonville Beach or anywhere north to the Georgia border directly and from the 46 encounters, if we can even call them that, 9 were brushes with the area and 31 were back door storms that had unloaded its fury somewhere on Florida’s Westcoast in the Gulf and died down to Tropical Storm strength before getting here in the area. If we add the typical strength positions of a tropical storm in its 4 quadrants to the equation, we’re talking being hit by 50 mph winds and maybe 12 inches of rain.

Hurricane Dora was the only hurricane ever to hit the First Coast in St.John’s County 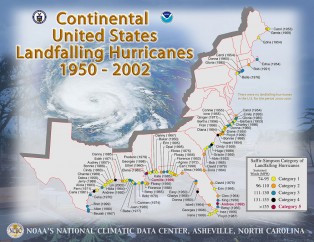 Hurricanes that made landfall in the US

The closest storm to ever reach hurricane status for the Jacksonville area was category 2 Hurricane Dora in 1964 which hit St. John’s County on Sept 10. Dora is the only hurricane to make landfall in the First Coast region from the east since record-keeping began in 1851.

Sure there can be some damage to dilapidated structures and shoddy construction. Even some lose debris can get airborne in 70 mph winds, but it’s the luck of the draw to get hit by that or sustain some real damage.
Dora left $2 billion in today’s dollars in damage, yet the writer of the article claims that if another hurricane hits the area the damage could now be about $16.5 billion.
Could, would, will, won’t, personally I’m getting a little perturbed by this doomsday reporting, especially since it gives another reason to insurance companies to claim higher risk and higher premiums.

There is one very simple and quite logical explanation why history counts very few tropical systems hitting this particular region.
It’s called the Gulf Stream. The water temperature of the Gulf Stream which runs about 60 miles of our coastline, averages about 77° F or 25° C throughout the year.
A tropical systems needs a minimum of 80°F to sustain its own engine outflow, preferably actually 82°F. The waters closer to our coastline are cooler than the Gulfstream, gradually dropping as far as to 66°F. In very hot summers this can of course rise substantially and if the GulfStream ever would be forced by the elements to come closer to our shoreline, I would start worrying. But for now…I call all this panic creation another way to keep fear alive among the nation. History shows the facts and the facts tell us that most likely we’re not going to get a direct hurricane hit any time soon, let alone a Category 4 or 5.

The insurance industry initiated report (First American Corp.) that came out last week is just rearranging the numbers so we can all panic when the Atlantic hurricane season this years starts in another 2 months. Reminding us of Katrina’s $80 billion in damages caused by faulty construction is one thing, pointing at the fact that 20 million more people have moved to coastal Atlantic and Gulf areas in the past 20 years is another.

In the recent past, some insurance companies have either considered or flat out stopped offering homeowner policies across the board in Florida because of relentless hurricane exposure. The entire state is actually considered a hurricane risk, but with 53 percent of the U.S. population already living in coastal counties, insurers interested in building market share are writing exorbitant policies in less risky regions such as for example Amelia Island. This area is an absolute profit center for home insurance policies tied to the rest of Florida’s risk exposure. The historic facts are there.

I would suggest that if insurance companies have to charge across the board premiums for coastal and flood prone areas, they should either pay premium parts back after a specific threat like a tropical system has passed or use the available data to properly diversify risk zones.

Of course they won’t do this as they are always in the business of building “reserves” for future calamities. Unfortunately sometimes these reserve coffers get so full that we witness atrocities such as American International Group and their no holds barred lifestyles of living with their hands in the till.﻿