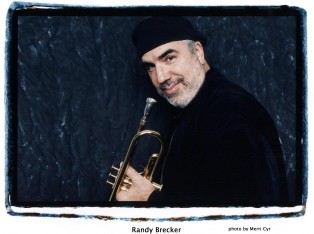 September is Blues and October is Jazz on Amelia Island. With a magnificent Blues Festival behind us, there are several outstanding reasons to turn our eyes towards next month’ Amelia Island Jazz Festival. For me there are FOUR reasons this year! Randy Brecker, Tony Monaco, El Niño and the Latin Jazz Knights and the incomparable Jilla Webb Jr.

Jazz trumpeter and composer Randy Brecker, a multiple Grammy Awards winner, and monster jazz organ player Tony Monaco, are set to headline the 2014 Amelia Island Jazz Festival, it was announced recently by AIJF Artistic Director Les DeMerle. A hugely successful performer who has sold well over a half million albums as a solo artist, Brecker will be performing a tribute to the Brecker Brothers in honor of his late brother Michael, on Saturday, October 18, at the Omni Resorts Amelia Island Plantation. Credited with augmenting the sound of jazz, R&B and rock for more than four decades, Randy Brecker’s trumpet and flugelhorn performances have graced hundreds of albums by a wide range of recording artists from James Taylor, Bruce Springsteen and Parliament/Funkadelic to Frank Sinatra, Steely Dan, and monster bass player Jaco Pastorius (RIP). 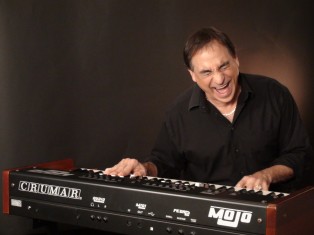 Tony Monaco, who will appear on Friday, October 17 at the Omni, is a leader in the revival of the Hammond B3 organ in jazz. As he has been with so many fledgling jazz organists, Jimmy Smith played a significant role in attracting Monaco to jazz and retaining his interest in the music. A critically acclaimed player, Monaco consistently ranks high among organists in DOWNBEAT Magazine’s Annual Critics Poll. He has released several well-reviewed albums including his latest, “Celebration: Life & Love & Music” on the Chicken Coup Label.

The Jazz Festival Moves into its second decade

Now in its 11th year, the AIJF’s past headliners include numerous world-class artists such as David Sanborn who commented, “The Amelia Island Jazz Festival is authentic, exciting and charming. I love the island and I look forward to coming back soon.” Another stalwart performer, Ramsey Lewis, called the AIJF, ” the ‘real deal’ because the focus is on true Jazz music.” Buckwheat Zydeco, Spyro Gyra, and Mindi Abair are among the other notables to have appeared on the festival’s stages. According to DeMerle, this year’s lineup will follow in the best of festival traditions. “We are very excited to have Randy, a longtime friend, and Tony this year—both are highly regarded and among the world’s finest on their respective instruments,” he said. “Fernandina Beach can truly look forward to some spectacular musical fireworks.”

The AIJF, which will run from October 16-19, will kick off with its annual pre-Festival free concert in Amelia Park on Sunday, October 12, with U.S. Navy Band Southeast. A Latin Jazz Night showcasing one of the country’s hottest dance groups, El Niño and the Latin Jazz Knights, is scheduled for Thursday, October 16, at Sandy Bottoms. Prior to the headliner shows on October 17 and 18, the festival will present this year’s AIJF Scholarship winner, saxophonist Luke Stribling and the Next Generation Jazz Band on the outdoor stage at the Omni. The Dynamic Les DeMerle Band, with dazzling vocalist Bonnie Eisele and exciting young saxophonist Hunter Diamond, will warm up each headliner show with high-energy sets. 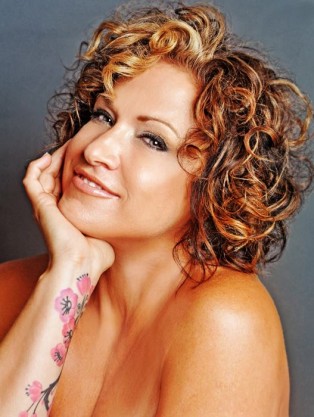 It’s not entirely clear from the festival’s press release if accomplished and sultry singer Jilla Webb, Jr. will only host the traditionally fun late night Jazz Jams, or if she also lined up for performances. Ever since Eva Cassidy passed, Jilla Webb the younger is one of my go-to performers for sultry, jazzy, spilling your guts evergreens, whether with an orchestra backing her or her collaborations with guitarist Kurt McKinney or Bruce Innes.

The Jazz Jams featuring the AIJF’s 2014 musicians, takes place in the Omni’s Heron Room at the Racquet Park following the headliner sets on October 17 and 18.

The festival is scheduled to end on a swinging note Sunday, October 19, with a Dixie To Swing Jazz Brunch, featuring DeMerle’s Amelia Island Jazz Festival All-Stars, plus Eisele and the highly talented Dr. Bill Prince, at David’s Restaurant. Additionally during the week, the AIJF will present a Jazz In The Schools program, clinics, jam sessions and more to be announced.