US Pays $400 per Gallon for Gas in Afghanistan 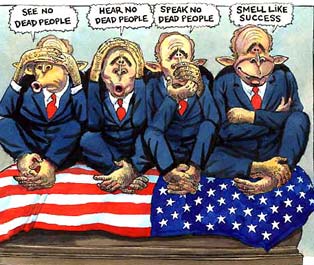 The Fools on the Hill

Last year, the price of gasoline in the United States topped the $4 per gallon mark. This year in Afghanistan, the price has topped $400.

I wanted to title this story: So near but yet so far. Imagine this scenario, the oilfields of Iraq and Iran are at a stone’s throw distance. Oil is all around in the area, from Kyrzygstan to Tajikistan and Turkmenistan to Uzbekistan. You could almost quip that talking to a guy named Stan could save us some money.

However, the following stunning revelation emerged last Thursday in a report from the Pentagon to House officials. The information conveyed offers new insight into a recent report by the Congressional Research Service, which found that the US spends $1 million per year for each service member on the ground in Afghanistan.

Why so much? The cost includes shipping, which sometimes includes the price tag of a helicopter flight. Sending fuel by helicopter is woefully inefficient, because it uses up almost as much fuel as it carries.

Speaking to the Capitol Hill newspaper The Hill, House Appropriations chairman John Murtha (D-PA) said the figure was “worrisome” and “we started looking into it.”
Afghanistan is also landlocked, meaning that fuel must be transported in ways that stretch the limits of economic reason.

Because the country has no seaports, fuel is shipped to Karachi, in Pakistan, and then carried across land by commercial trucks through Afghanistan. For remote bases, gasoline is sometimes transported by air. “One of the most expensive ways to supply fuel is by transporting it in bladders carried by helicopter; the amount that can be flown at one time can barely satisfy the need for fuel,” the Hill notes. The paper notes that the $400 price tag is referred to in Pentagon argot as the ”fully burdened cost of fuel.”

The government’s Defense Energy Support Center provides fuel to the military at $2.78 per gallon, the conveyance of which then grows exponentially more expensive as it travels through dangerous combat zones. Gen. James Conway, who runs the Marine Corps, told a Navy forum that perilous risky routes up gasoline that originally cost $1.04 gallon up to $400.

“These are fairly major problems for us,” Conway was quoted as saying. I would say that our government has become a ‚Äúfairly major problem‚Äù for us its citizens. And, just when exactly was it that they asked permission from us to have a WAR in Afghanistan anyway?

Three questions:
And when was Obama going to pull us out of there?
And short of that questionable scenario: should we send some prospectors or wild catters into Afghani Stan? Seems quite likely that there should be some oil hidden somewhere.
And what do Afghanistani (or is it Afghans?), pay at the pump.

Time to wake up America.