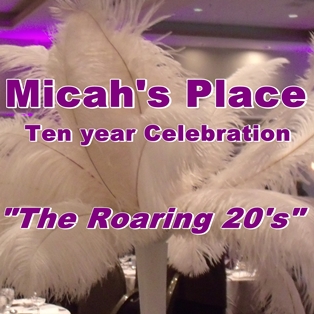 Micah’s Place celebrated their ten-year anniversary with a huge Gala celebration at the Omni Amelia Island Plantation, November 9, 2013, and we were there to catch it all on video!

Before the doors of Micah’s Place, the only certified domestic violence shelter in Nassau County, opened in 2003, it took plenty of blood, sweat and tears to launch the idea.

During the early 1990’s, a task force was formed to provide community awareness and lay the ground work for a future shelter to house the victims of domestic violence. Representatives from a variety of Nassau County agencies were determined to find funding for a full time advocate for victims. It was the year 2000 when donations began pouring in, a non profit status was obtained and fundraising events were arranged to raise the capital needed.

Nassau County leased the property for the shelter for 99 years, at $1.00 per year and our community dug deep to bring this shelter to a reality and the doors opened in 2003 when help was offered to the first victim by volunteers who still dedicate their time and skills to Micah’s Place.

“Every nine seconds a woman is battered by an intimate partner. In 50% of the cases the children are beaten as well.” 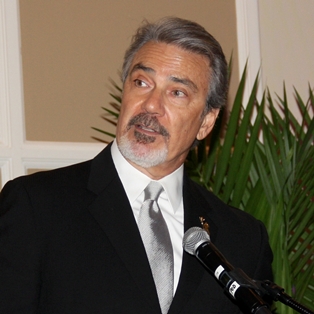 The evening’s guest speaker was Victor Rivas Rivers, an actor who grew up with the pain of an abusive father. With the help of others, Victor was able to escape the cycle of violence. He shared with us some of his childhood memories and offered a message of hope.

“Love should never hurt,” he said. “We must coordinate agencies and stop domestic violence where it begins… in the home and in relationships. Judges, lawyers, police, friends, neighbors, coaches and teachers became my ‘angels’.”

In his book, A Private Family Matter, A Memoir, Victor recalls his days as an angry youth living under the rule and wrath of his father, who abused his wife and children. Victor managed to seek help for his family and criminal punishment for his father, overcome his demons and learn to love himself, and how he shares his experience with other victims and survivors of domestic abuse is at the heart of this profound and affecting memoir.

Since 1999, Victor has served as a national spokesperson for the National Network to End Domestic Violence and he is also a community champion for the Verizon Foundation, committed to a cause of engaging more men in the movement. In 2006, Victor was named by Women’s E News as one of the 21 Leaders for the 21st Century – the second man so named by the organization.

The evening brought together hundreds of Micah’s Place supporters who enjoyed a cocktail reception, dinner, a silent auction loaded with unique items, Victor’s engaging speech, and incredible raffle drawings including $500.00 from First Federal Bank of Florida, and an Ultimate Amelia Basket, worth over $2,000.00 in products and services arranged by Dickie Anderson, who raved about the generosity of our community.

The festivities concluded with an emotional closing of “Thanks” offered by Shandra Riffey, who has served as the Executive Director of Micah’s Place since 2007.