All of the past Olympic Champions had claimed Colorado Springs as home during their tenure as a "resident athlete." 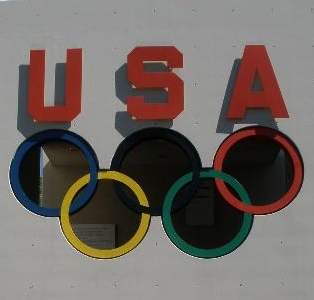 Upon arrival my arrival at The Olympic Training Center, or the “OTC,” I found a guarded gate and a 6ft white iron fence encasing the entire property. After I received my security badge to get me into each of the facilities on campus, the guard told me where the dorm was and where the cafeteria was located…but that wasn’t what I wanted to hear. I was so excited to go exploring… I left all my gear in the car and took off.

What I found was amazing. Each dorm or 5000 sq ft “hall” had its own sport. From the outside of each hall, I could see each individual sport: volleyball, basketball, swimming, all of them; and of course… I finally found what I was looking for: weightlifting.

Now, many of you know, weightlifting is a primary sport in almost every country except the USA. All the “other” sports had a common facility in which to complete their resistance training. The “other sports” resistance training room obviously contained more equipment than any ‘normal’ gym. Its inventory was similar to an ‘ordinary’ gym with squat racks, dumbbells, cable machines, leg extension and leg curl machines.

However, in the weightlifting gym, the entire hall was dedicated to Explosive Lifting and athletic development. Only weightlifting athletes could train in this hall. What a completely awesome facility. Equipment was everywhere. I hadn’t had this feeling since I was eight year old. Do you remember running into the family room on Christmas morning when you were a kid? Lights, presents, cookies, milk and it was all for you? OK… now we are on the same page…

The Weightlifting Training Hall had it all. There were sixteen platforms in total. Most of them were equipped with video-taping and immediate athlete feedback on a 32″ flat panel tv.

I had to leave the lifting gym and go for a walk before my head started to spin. I mean… this was the pinnacle of performance, right? Sometimes only the top 5% of athletes in our nation would see this stuff.

As I started to walk around campus, I was even more impressed. Each hall is adorned with a bronze statue on each corner, all about 4 ft tall. Lucky for me, Coach Newton was with me and was able to explain who each athlete was and which medal they had won in the Olympic Games.

All of the past Olympic Champions who were cast had claimed Colorado Springs as home during their tenure as a “resident athlete.” Some for only a year, and some for as long as 6-8 years. There may have been 2 statues or 32 statues, but it wasn’t important to me. What was important was the incredible feeling of success and ambition that was in the air.