Was Steve Jobs a Slave Driver? 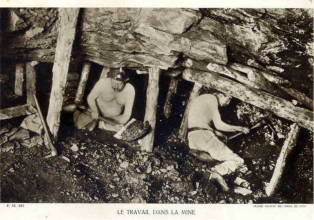 The Degrees of Slave Labor are Stranded in Time

It is true that you can never unlearn something. Once you’ve seen, experienced, felt or tasted a fact, you cannot tell your mind to unlearn the result and walk away from it. And if the outcome is heart wrenching, depressing, violating and all around not happy and fuzzy, than the only soothing circumstance might be found delving into history and its time tested explanations of who, where, what and why.

When Apple, Inc. lost its much adored co-founder visionary Steve Jobs two weeks ago, a little known off broadway play titled “The Agony and the Ecstacy of Steve Jobs” got pushed up in the global publicity wave, ensuing Jobs’ passing.
The play, in essence a monologue by a gifted artist by the name of Mike Daisey, deals with his cultish adolation for anything Apple (I’m a worshipper in the cult of Apple, he says) versus his profound disillusionment after discovering that Apple products — as well as most other manufacturers’ smartphones, laptops and tablets — are put together by people struggling in what we now consider, inhuman working conditions.

Daisey apparently does not know how the world makes “progress”, else he would have understood that business produces where the price is right and the labor is available. He claims that his world changed when he saw four photos posted online taken by workers at a Chinese factory to test the iPhone. People, he suddenly realized, were putting the sleek devices together, not robots.  A little later Daisey traveled to the Chinese industrial zone of Shenzhen and interviewed hundreds of workers from Foxconn Technology Group, the world’s largest electronics contract manufacturer. While he was there, Foxconn executives ringed their buildings with nets to discourage a rash of employee suicides. Daisey met very young workers whose joints in their hands were damaged because they performed the same action thousands of times a shift. And that apparently made him see the other side of Success and almost pathetically exclaim: “Do you really think Apple doesn’t know?”

Mike Daisey is obviously struggling to make sense of capitalism, without realizing that it is a zero sum game, but that the game is played on various levels and time schemes. As he delivers his monologue, Daisey says: “Jobs was a passionate designer but also a ruthless businessman. Jobs was a unique man, but a “brutal tyrant,” ”the enemy of nostalgia” and “the master of the forced upgrade. He was my hero” he said on the night he learned of Job’s death. “He was the only hero I ever had.”

I admire and pity Mike Daisey, because in his humanitarian belief in justice and decency, he obviously has not been able to expand his horizons to understand humanity beyond the driving force of a man named Jobs. Daisey is not mourning Steve Jobs, or the fact that his dream of robots doing the nasty work, lost its innocence. Daisey is venting his anger because in his opinion, someone of Jobs’ caliber should have come up with a better answer than “slave” labor, which of course takes his whole play several degrees away from America’s reality that we’re trying to stop the practice of exporting jobs, while no one in America wants to do these jobs anymore.
When Apple’s shares on Wall Street go ape every time a new iPhone is introduced, there are a lot of investors making a ton of money. If they would invest these profits in job producing American companies, we could all be happy…but that’s not how it works.
Money goes were it produces most… Money. And that can be anywhere on earth these days.

So here is a point of reality… fair or not.

When coal became the major source of energy in the late 1800s in Europe, the first mines opened in a compact area that stretched from northeast France north to the Rhein-Ruhr area in Germany, west to the Limburg province in Holland and Belgium and south to the Wallone district of Belgium. The following 24 photographs depict what we would call slave labor today.

Many miners died young because of silicose in their lungs. Deadly accidents happened a lot. Life was tough, but starving was tougher. Over time the area flourished and became prosperous. When they were on their way to real prosperity in the mid 1960s, many mines closed, economic activity changed and coal production went to new areas in Czecho Slowakia, Poland, East Germany. It was their turn to move into prosperity.

Sometimes you have to touch the stove to find out if it’s really hot.

We can all point fingers at greed and slavery, yet it won’t change the fact that humanity has moved forward (progressed?) on those two principles, no matter which political or economic ideology was prevalent at any given time. The Chinese industrial zone of Shenzhen has developed rapidly in the 14 years since Hong Kong turned back to be a part of China. I traveled the area extensively 30 years ago and poverty was immense, even more glaring because the area was so strategically anchored between the prosperous colonies of Hong Kong and Macau. Shenzhen is now catching up like the coal miners in France did more than a hundred years ago. The price of progress is often huge, but in a world that is crossing the population line of 7 billion people by the end of this month, we should realize that we need resources AND we haven’t done too bad in recent decades, against many odds. But yes Mike Daisey, we should all agree that we can still do much better and given more time, which Steve Jobs did not have, he might have used his visionary power to create better work circumstances for “Slave Laborers”. That challenge is ours now.