Remember Friendster, MySpace, Google Buzz, Yahoo360°? They're all roadkill on a slippery social media slope. Your own website is your homebase. 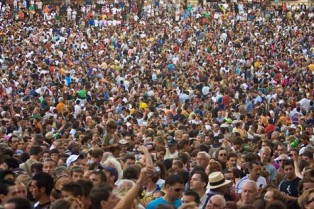 When is too many friends simply too much?

As a website developer with a responsibility to maintain some two dozen sites of various intents and purposes, denominations and charitable causes I often wonder why there are still so many small and midsize businesses that feel they can limit themselves to branding and sales via social media, Facebook in particular, without even having a website.

Of course cost or technology could be an issue but not an excuse. Or maybe they think they have no time to properly promote, maintain and integrate a website into the marketing and sales strategy?  Doesn’t make sense in my opinion that a serious business executes a Social Media strategy on Facebook and Twitter (and maybe a bit on LinkedIn), without having a website however.

Yet, in all my meetings and conversations it turns out to be a grand misunderstanding. So in order to clarify the issue Website versus Social Media” today’s question is: If you were given a choice when first taking your “brick and mortar” business online to develop a website or set up a Page on Facebook, and you weren’t allowed to do the other which would you choose? Would you build a website and give up marketing through Facebook or would you set up a Facebook page and give up having your own website?

When I look around on our immediate community and talk with clients it becomes rapidly apparent that many local businesses still forgo developing a site for their brand; most notably restaurants, small retail shops, service organizations, car maintenance companies. Yet, having heard of social media, they are now setting up profiles and marketing their brands through social sites, but still don’t have their own website. Actually it is amazing how many think that a website is no longer necessary? The question is: are these businesses making a big mistake?

Here is why I know they do.

The Internet has been with us for almost 20 years now and over those two decades massive changes have taken place inside the development of the World Wide Wide. Changes that are still going on, even in accelerated speed. Reality is that we are at the cusp of a generational change over,mixed and matched with major technological advancements. Most of us have no clue about the technology behind it, but that is were the danger lurks.

The internet is built on formulas and the current frontrunners in developing these formulas (algorithms etc) are the world’s biggest websites: Google, Facebook, youTube, Yahoo, Bing.  Young adults don’t do anything these days or the Internet is in some way involved; while my generation is desperately trying to get their brains around Internet issues of privacy and loss of identity, historic values. Part of my generation, the truly dangerous part, mostly those without any understanding of the technology behind the Internet, is now trying to gain control over the Internet through pathetic efforts called Pippa and SOPA.

To give you a little taste of what I’m talking about,  social media today are based on an evolving formula which is called a A scale-free network whose degree distribution follows a power law, at least asymptotically.

That is, the fraction P(k) of nodes in the network having k connections to other nodes goes for large values of k as

where c is a normalization constant and γ is a parameter whose value is typically in the range 2 < γ < 3, although occasionally it may lie outside these bounds. Tell me you have a clear understanding of this and I’ll take my hat off. But guess what? Just a couple of years ago this formula was preceded by one called: Social Circles Network Model. And several new ones are currently under evaluation for future use.

Why is this important?

For businesses that market their brand and product exclusively through Social Media, this means that there is a lot of techno volatility in the communication market. Even if accepting that Social Media have a substantial impact on marketing and sales strategies, the dependability factor is overwhelming. Imagine that you had spent the majority of your time and advertising dollars over the years on social media giant My Space. You ‘d not be a happy camper right now. The same would apply for Google Buzz, which Google just abandoned, as well as Yahoo!360°, Yahoo Kickstart, Yahoo Mash. Before there was Friendster, MySpace, LinkedIn, XING and Facebook, there was SixDegrees.com (1997-2001), based on the movie Six Degrees of Separation. No more.

LinkedIn killed VisualCV, Facebook mostly killed MySpace, which is now quietly re-assessing its role in the field of Social Media. And Twitter, well Twitter will over time kill all printed news as it will feed us with micro bursts of news (headlines) that will, at our discretion tinyURL lead us to websites, if we want to have the complete story, in the process eliminating printing presses and printed media. It’s the nature of the technology beast. And before everything is said and done, mega social media changes are part of the growing process and the pain.

It was launched in 2002 and attracted tens of millions of users. On May 31, 2011 it “deleted” all profile data acquired over the years. It reportedly wiped out all photos, blogs, comments and groups uploaded or created by its users. If you had put your profile markers on Friendster, you’d be up the creek without a paddle

Can the same happen to Facebook?. You bet it can. And what are you going to do as a company when your only focus in the Internet world was on Facebook. Your efforts will probably end up in Wasteland.
Even in a much less devastating way, it can and will happen. Whether there are profile changes, less stringent securities, lost privacy issues or just one of Facebook’s (Zuckerberg’s) pet peeves, a social media campaign better be based on a solid website; “real estate on the internet that you, the small business owner, controls.

You website is the real estate you own. You command and control it and nobody can take that away from you. It’s your home base. Everything else in the social media world are outposts, intended to connect to your website and the truth is that Social Media Marketing is so much more than a Facebook page and a Twitter account, simple already because the barrier to entry is low to non existent. Building friends and followers on Facebook and Twitter only has one true function, getting your name in front of eyeballs with the hope that it will support reputation, goodwill and ultimately loyalty.

Harvard Business Review said a couple of years ago: “During the subprime bubble, banks and brokers sold one another bad debt — debt that couldn’t be made good on. Today, “social” media is trading in low-quality connections — linkages that are unlikely to yield meaningful, lasting relationships.” Even though I do not entirely subscribe to this thought, I do highlight the fact that Social Media for a business should be Outposts in any business media strategy. But, and this is a huge BUT, the business connection (RSS) should be with your own website, the one you own and control; hosted by a reputable host and maintained, upgraded and updated by you. If you don’t have your own site then you’re driving all your marketing to another businesses brand.

Most of the arguments in favor of going the Facebook marketing route revolve around the ideas that you can’t do everything Facebook does on your own site and that since people were already at Facebook it was easier to connect with them. Well that’s nonsense. Facebook is a website like any other. What’s stopping you is time and resources, but the reality is if it was built on Facebook’s domain, it can be built on yours too; and as far as numbers go, think about this. Are you really interested in an anonymous Facebook friend in Timbuktu as a potential customer?

Those meaningful conversations are going to happen on your site, at your home base. Sure people are already hanging out at Facebook so it’s easy for them to say hi. The same way it’s easy for them to say hi when you cross paths at the supermarket.
The real conversation takes place when you set out to talk to each other. The person who takes the action to come to your site is much more important to your business than the person who dropped by your Facebook page while they were visiting 20 other Facebook pages and playing Farmville.

That’s not to say that sites like Facebook and Twitter aren’t important. It’s not to say they can’t help your business. It is to say that it’s far more valuable to get the people you meet at those sites back to your site and interact with them there.
Social sites are great for meeting new people and for quick interactions with the people you know. You can start a relationship on any of them, but to make that relationship deeper and stronger you need to interact outside the social network. Your site is the better place to grow the relationship. Your site will always be worth more to you than Facebook or Twitter or any other social site will be. Your site will always be the more valuable resource as far as your business is concerned.

Given those conditions you will be ready to face the marketing and sales future of your business, which makes your site worth more than Facebook, Twitter or any on the long list of current Social Media Sites.
You control your site. You don’t control your outposts.

You will always be limited on your outposts as far as what you can do and outpost are exposed to human interest forces and can be taken away at any time for any reason. Not so with your website. And what’s more…..there’s no functionality on your outpost that can’t be implemented on your home base site. Given enough time and resources you could rebuild any other site on your domain. You probably aren’t going to do this now, but in reality you could and it’s not nearly as hard as it might seem. Set up a site with WordPress,BuddyPress, and bbPress and you’ve mostly got Facebook. Add some kind of instant messaging and you’re close to having Twitter too. If I would have a popular bar like the Surf, Sliders, the Palace Saloon or any of the Resorts here on island for that matter, that’s exactly what I would do.

I recently got invited by a very old friend to join a selective social network called “Principality of Monaco”. Most of the almost 500 members of this exclusive network enjoy a close relationship to Monaco, its lifestyle and the royal family on the French Riviéra. They share thoughts, ideas, friendship and tips across the globe. In the past few weeks I have sent by request numerous pictures of recent Concours d”Elegance events with the result that at least a handful of Principality friends are planning to be here on island in March.

At SearchAmelia we are working on a similar social media network  for Amelia Island with a launch date of March 1, that will be tied to the Principality network and several other ones across the globe, because we believe that Facebook will ultimately become to heavy to maintain, unless membership becomes a paid subscription.

That’s why I am in favor of controlling your destiny on the internet with your own website.