We’ve Gotta Get Out of This Place

worst cities in the nation

Expecting to find Amelia Island on the list of Happiest Cities, I discovered that we're not even part of a Metropolitan Area according to the Office of Management and Budgets 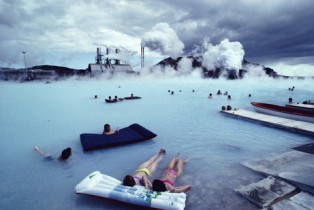 The best and worst cities to live

The British sixties band The Animals had a great song in its line up beyond House of the Rising Sun. It was titled “We gotta Get Out of This Place”. I was instantly reminded of this song when I read that there was a new survey in the running last week, that lined up the saddest cities in the United States. So my question is: What makes a city sad? A lack of fluffy frolicking puppies? Burnt-out plants and buildings and vacant lots? Boarded up houses or limited access to great cupcakes and a McDonalds Happy Meal?

Measuring which cities in this country are the least content with life seems an objective pursuit, at best. Yet last month when the Gallup-Healthways Well-Being Index published their findings about which cities were the happiest, and turned Boulder Colorado out as the winner, according to the scientific wisdom that what goes up must come down, they also ended up with the other end of the spectrum. The miserable, no-good, down-and-out cities, where, clearly, not a soul can manage a smile and everyone walks around hunch backed with too much sorrow on their shoulders. Well maybe not quite that depressing since everything on this planet is relative, at least to someone who has traveled a bit further than the borders of this nation. Undoubtedly there are sad people in the nation’s happiest city as well as happy people in the saddest.

I must confess that I was kind of surprised not to find our little Amelia island on the happy list, but that’s okay, the poll may not have known that we have telephones here. But nonetheless, it’s interesting to see what the index came up with.
Based on the results of telephone surveys with a random sample of 352,840 adults, compilers of the index asked numerous questions about six sub-indexes: life evaluation, emotional health, work environment, physical health, healthy behaviors, and access to basic necessities. To determine how to include which cities, they used the Metropolitan Statistical Areas (MSAs) as defined by the U.S. Office of Management and Budget, which of course may be the culprit in surveys like these. In many cases, more than one city is included in the same MSA. Areas in all 50 U.S. states and the District of Columbia were included.

The ranking used 188 MSAs altogether, here’s how they scored…number 1 being the most discontent of all.

Obviously the highlands of West Virginia – Kentucky and Pennsylvania bordering on Ohio are not good places to be.

Eric Burdon and the Animals were from the city of Newcastle in England, of the most depressed cities I have ever encountered in my life. He and the band got out of that place. And so can you.

By the way the tall guy on bass is Chas Chandler, who discovered, produced and managed Jimi Hendrix for a while in the mid sixties during his London days.