What Happened to the Pager

The first step to today's cell phone was a pager without an LCD screen. You called the operator to connect you to whomever paged you! No voice mail available. 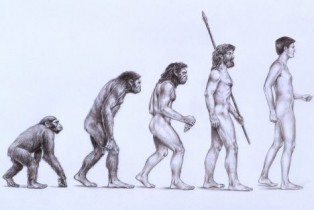 As we walk into the future, with a chip in our body

….and why do people think they need a cell phone if they only use it to let it ring through to voice mail?

I don’t like voice mail, not because I have an accent that even 30 years in the US could not evaporate. I don’t like it for the same reason I avoid going into a conversation in a noisy bar.  My voice is deep and I need to blast someone in an ear to get myself understood, which is often unpleasant especially after a good Beef Stroganoff. Even in my dating days Bar Hopping was a negative. But that’s entirely another story.

Yesterday afternoon broke the cell phone record for me. I made 21 phone calls and I got 21 redirects to voice mail. Now why would people even have a cell phone, if that’s what they do: screen the calls.

Never mind that a number of these calls were not in any way harassing, such as the one to Sky Towing. I have no beef with them, nor do I have a beef with those people that feel threatened or robbed during the festival. But I would like to get an answer if I give them the courteous benefit of the doubt. Answering phone calls when in a position to do so, increases communication, speeds up a process of clarification and avoids being mistaken or misinterpreted. I learned those lessons a long time ago when I majored in marketing and public relations. If you want to stay ahead of the curve, procrastination and avoidance are bad choices.

I also have no bad intentions when calling hotel managers to ask them if raising the rates for the rooms during the festival, combined with a three night minimum booking, had a negative effect on occupancy rates as some people have suggested.

I think it is only common courtesy to call me back when for the 4th time I call Collier Int’l and United Country Auction Services, their auction house for some information on the 34 properties they recently auctioned off, some prominently located inside our city.

While calling around to ask who is going to be at the Commissioner’s Meeting at City Hall, where the important issue of open alcohol containers during certain events at certain locations is going to be voted on, I only caught voice messages. The Vote on the issue was 4 to 1 (as was the first vote) in favor, so the Downtown Merchants had a little well deserved party at the Crab Trap.

I would have been rather upset if any of those phone calls would have been to people I know well and rather than just answering, they looked at the screen and clicked me away. After all I’m not a bill collector. But none of these 21 phone numbers could have identified or connected the number I called from with me or SearchAmelia.
People did not answer the call because….? I don’t know.

What I do know however is, that I liked the effect of pagers much better. There was that sense of curiosity, that inner voice that wanted to know. In 1973 I had a pager (or pre-decessor to it) in my early corporate career.
Not yet 23, I walked around with the shiny little apparatus visible in my suite pocket. It was status 101 in those days, especially when the blasted thing started zooming and I scrambled for the nearest telephone. After all somebody wanted me.

I guess things have changed a bit since then. These days a call is not that special anymore. Back then a call had a sense of urgency, a chance, a warning, an opportunity, a message of importance that could not wait for the traditional route.
These days a phone call has lost that sense of urgency and importance to the recipient, like everything in life that loses value when it becomes to easily accessible or plentifully overpowering and we all suffer from an overdose of something.
I just came to realize that yesterday afternoon.