What I Truly Love About Tim Tebow

Maybe the Patriots can beat him on Sunday, but this 24 year old has already left a lasting impression on many people. 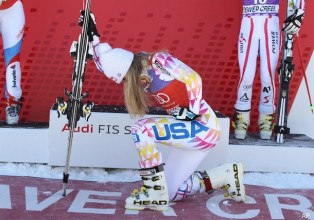 My SearchAmelia team members can attest to one thing: I absolutely and categorically do not know One Iota about Football. I don’t even want to call it American Football, as to even pretend that there is another sport where players actually use their feet to kick a ball around.

When I came to this country and settled in Atlanta,GA in the early 1980s I accepted an invitation from my sales manager Joe to go to a Georgia Bulldog – Auburn Game in Athens. It was a one sided game because of a young man from Alabama, Bo Jackson, whose blazing speed demolished the dawgs and I mostly watched people in the bleachers. I also went to one or two Atlanta Braves games for the same reason – to watch people.

Actually the whole reason for this introduction is to establish that I’m not biased against football or any other spectator sport for that matter. I don’t watch sports on TV and my mind only registers headlines. And to be honest, a headline this week saying: “N.Y. teens suspended for Tebowing in school hallway”, got my blood close to boiling.  Technically the kids were suspended for Blocking the School’s Hallway, but I’m somehow inclined to believe that this Tebow Controversy is rooted in a strange phenomenon going around the country: bashing and ridiculing religiously or spiritually inspired expressions by celebrities. And typically for the  ridiculing part it has grown to become a verb in this country: Tebowing.

Honestly, I don’t wear my religious beliefs on my sleeve. Stronger yet, my beliefs are much more spiritual than religious, which is to say I grew up with strong religious “guidance” but over a lifetime developed a balanced appreciation for tolerance as a sign of strength, rather than weakness. And that brings me to Tebow, who seemed to have transformed a team of doubters into a team with supreme confidence in the belief that they can do it. And obviously he believes that his “power” to have accomplished that comes from a supreme ally. I would say more power to him.
And the fact is that six or seven straight victories under his leadership should make any critic cautious in choosing their words to describe this young man.

He does what dozens if not hundreds of Hollywood movies have made out to be part of the American Dream; for the underdogs to believe that they have a chance to come out victorious.
So my question is now, why, aside from being a fan of the losing team, would anyone dislike this young man? All I see is that he’s polite, gracious in winning, doesn’t curse, drink, boast or have run-ins with the law. I’m sure that all his critics and detractors would brag the rest of their pitiful lives, if ever given the opportunity to meet Tebow in person.

Yet this young man is hated, persecuted, called names and ridiculed by many, simply because of his harmless actions of thanking God for his victories, as if a Football Stadium is the sacred arena of Machismo, an inappropriate venue for spiritual or religious expressions.

What I truly love about Tebow however is that this 24 year old young man is standing strong in his beliefs. Not easy at that age. In College Football he led the University of Florida as their Hero to national championships but when he turned pro, I heard many claim he would never reach the fame of his college years. His type of playing was not fitted for the NFL, whatever that means. He would be chewed up and spit out as a quarterback in the pro league, were the comments I heard.
Yet, now in his second year as a quarterback, he seems to have changed the game a bit, leaving a lot of football fans in bewilderment. And people don’t like change; as a matter of fact, they hate change and the person(s) that brings it.

But that doesn’t seem to faze this young man as it does so many good people these day who see their dreams turn into ashes. Tebow knows (remember Nike’s Bo Knows ad campaign!), no matter how many people you help, no matter how honorable your intentions, no matter what you do, there will be people out there who are bitter, angry and jealous about your actions and will speak negatively of you, even if they have never faced you in person or exchanged one word.

And Criticism is easier than ever these days thanks to the Internet. No longer is idle gossip and talking behind your back relegated to the local pub or restaurant. We now have the insincere pleasure of being ridiculed wherever people can get online.  No one is really immune but it is still your choice to let those people either paralyze or stop you, or shake it off and go for your dreams.

The fact is that people will criticize you no matter what you do. It’s the apparent nature of the human beast. But, if you’re letting it stop you from taking action, improving your life, helping others, and making a dramatic, positive impact on the world, then you are making a big mistake.

America’s 26th President Teddy Roosevelt, a man on occasion strongly criticized by his detractors said:  “It is not the critic who counts; not the man who points out how the strong man stumbles, or where the doer of deeds could have done them better. The credit belongs to the man who is actually in the arena, whose face is marred by dust and sweat and blood, who strives valiantly; who errs and comes short again and again; because there is not effort without error and shortcomings; but who does actually strive to do the deed; who knows the great enthusiasm, the great devotion, who spends himself in a worthy cause, who at the best knows in the end the triumph of high achievement and who at the worst, if he fails, at least he fails while daring greatly. So that his place shall never be with those cold and timid souls who know neither victory nor defeat.”