What if Florida would be Dutch?

The Economist compared US states to countries around the world, matching gross domestic product and populations. It turns out that Florida matches the Netherlands. 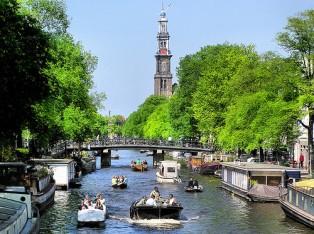 Amsterdam on a rare sunny day

When I read the header Florida = Netherlands the other day, I thought I had landed in the Twilight Zone, mainly because I was born and grew up there and now reside in Florida.

A new, and admittedly creative, report by the Economist stated that if Florida were an independent country, its economy would be closest to the Netherlands, the 16th largest economy in the world with a GDP of $796.65 billion. Florida’s GDP in 2009 was $737.04 billion, just about $60 billion less than that little country by the North Sea.

When population is added to the equation things aren’t as glamorous for the Sunshine State said the report, stating that 18.8 million Floridians produced on average $39,200 per inhabitant, while 16 million Dutchmen produced per person $49,750. Another substantial difference is the landmass. Florida is about 4 times the size of the Netherlands, give or take a couple of square mile. What is however the deciding difference is that the Dutch economy is much more diversified and all encompassing than our Florida economy. The country actually produces and exports a lot of different products and raw materials, while also the service industries and technology are highly developed. 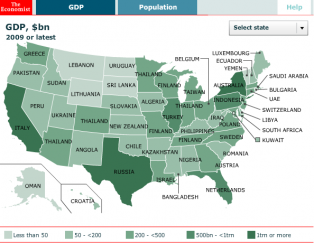 Nevertheless the question remains, how to sell to an American ideology that a semi socialist country can outproduce Florida by a 28% margin. The Netherlands is a country with socialized medicine, substantial unemployment compensation, fabulous senior citizens care and no homelessness because of the subsidized availability of low income housing throughout the country. If not for my taste for the world, the weather and the taxes, I would have stayed 30 years ago.

The Marshall Plan is at the roots

Yet I also realize that the  origins of this successful experiment lies in an American invention called the Marshall Plan. The reconstruction of Germany after World War II was mostly financed by the Marshall Plan and when the Rhine-Ruhr area in that country started re-developing as a major post-war industrial region, they used the shortest distance on Rhine River to bring their raw materials and goods to the Port of Rotterdam, which from there grew to become the World’s largest cargo port.

Rotterdam for several decades after the war was the economic engine for the country in its entirety, which had trade, horticulture, fishing and dairy production in the western provinces, additional agricultural importance in the south and east of the country, while the north over the years became the country’s supplier of cheap natural gas when huge reserves were discovered off the coast in the North Sea.
All these elements, plus a seafarer’s tradition across the world, turned the small country into the 16th largest economy in the world, far outpacing what size or population could historically produce.

Florida does not have these advantages as its economy is much less diversified and less focused on production. Gross Domestic Product should measure what is actually produced as a contribution to prosperity. Catching a fish is production, harvesting products from an acre of land is production. It’s adding something to the economy that was not there before.

Building a theme park could in some aspects be considered production while it was being built, but after that it pictures dependency and often capital destruction as it depends on others to come and use it in return for an admission fee.
For Florida to be compared to the Netherlands beyond GDP and population size, the Sunshine State would have to ramp up actual production of goods and technologies. But since the state is a natural haven for tourism and retirement, heavy industries are not really welcome. Offshore drilling is not really an option; the sandy soil of the state does not produce any raw materials either. But say for example renewable lumber production, capturing wind energy or ocean wave energies do deserve more attention as a GDP contribution. 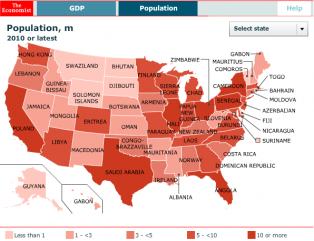 Beyond those “clean” industries, Florida would depend on its “Hinterland” like the Netherlands depend on Germany. But when it comes to that, a Secession from the union to form a country with Georgia, Alabama and maybe South Carolina, would have feasible opportunities. Not only that, it would instantly raise the current GDP per capita to a little over  $41,000.

Other States and how they compare

It has also long been true that California on its own would rank as one of the biggest economies of the world. There was a time it was the third largest economy, but these days it would rank eighth, falling between Italy and Brazil on a nominal exchange-rate basis. So how do other American states compare with other countries? Well look at the map, it has some interesting comparisons. Taking the nearest equivalent country from 2009 data reveals some surprises. Who would have thought that, despite years of auto-industry hardship, the economy of Michigan is still the same size as Taiwan’s?
And how about Texas annexing Louisiana and it would clearly outrank Russia in global GDP contribution?

The Ideology of Systems

In any case, the comparison between the Netherlands and Florida only serves as an ideological reminder, since the Dutch, (at least so far) are paying at least 30% of their income into social premiums, ending up with a similar “take-home-pay” as the average worker in Florida.

But that’s where any comparison stops. The Dutch government operates from a legal and fiscal responsibility platform that has created a clean and lean social system that actually has improved the lifestyle and long term quality of life for its citizens, something we still have to hope for here.

It’s not a secret that I’m all for smaller government and smaller countries. The Netherlands is a very small country, yet still has an over-sized government, one reason I left 30 years ago. In their defense however, it should be noted that government over there “fears” its constituents, which is mostly the other way around in this country.

Economies of Scale in real life is an invitation to monopolies and abuse of power; the clearest recent example of this is the financial crisis that was rooted in the belief that “bigger is better,” something we still see a lot of even today here in the good ole’ US of A.

As for myself, I like the sun, Amelia Island life and the opportunities. I guess in the end it’s all about balancing personal preferences, and this Dutchman is just happy to be here in the Twilight Zone.